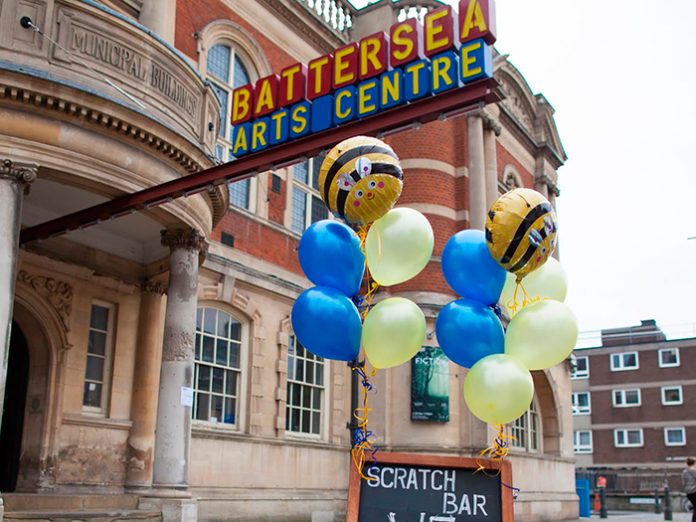 In March 2015, Battersea Arts Centre’s Grand Hall was severely damaged by a fire that also affected the technical stores and offices based beneath the space. Whereas the front third of the building re-opened to the public the following day, an extensive capital project went underway for the rest of the venue. From the moment the fire occurred eight months ago, up until the present day, White Light has worked closely with Battersea Arts Centre to help rebuild its lighting set-up, ensuring that its extensive programme of work remains as unaffected as possible.

Battersea Arts Centre is a public space where people come together to be creative, see a show, explore the local heritage, play or relax. Matt O’Leary, Battersea Arts Centre’s Technical Manager, comments: “The fire was obviously a big shock to us all. One of the biggest issues though was how to move forward in the immediate aftermath. As devastating as the fire was, we wanted to minimise the restrictions placed upon us and continue to showcase as much of our programmed work as possible.”

Upon hearing about the situation, WL immediately contacted the venue. Matt added: “We were approached by WL who, essentially, wanted to help out in any way they could. In the fire, the majority of our lighting equipment was destroyed, which meant we were unable to facilitate the lighting requirements of productions here. Therefore we were unbelievably grateful when WL offered to loan equipment free of charge to get the venue back on its feet – something we simply weren’t expecting.”

Over the next few months, Battersea Arts Centre faced the mammoth task of having to replace all of its previous lighting equipment. Matt commented: “Replacing every single piece of equipment was one of the biggest tasks for the technical team after the fire; primarily as it was so time consuming.

That said, WL were once again on hand to offer advice and support, which proved invaluable throughout the process of rebuilding our inventory.”
Due to the loss of the Grand Hall, other spaces within Battersea Arts Centre were used more heavily, meaning that the venue had limited storage facilities and virtually no working space for the maintenance of new equipment. As a result, WL offered its warehouses in Wimbledon as an alternative where all of the equipment was prepared prior to being installed inside the venue.

Matt added: “WL’s customer service and constant assistance went above and beyond expectations. They provided storage and work space for us to maintain and prep a substantial amount of equipment so that we were fully prepared for the start of our Autumn season. The season is now up and running and we are beginning to look ahead by planning various upgrades to technical equipment and infrastructure within the building. Battersea Arts Centre is incredibly appreciative for the level of support that has been provided by WL and we hope we can continue this working relationship together in the future.”

Bryan Raven, WL’s Managing Director, commented: “We have worked with Battersea Arts Centre for many years now and wanted to help out however we could. The venue is local to us: a lot of our staff live within close proximity and I could actually see the fire from my home. At times like this, it’s about putting your commercial head to one side and focusing on what’s important to the community and helping others – something we were hopefully able to do”.