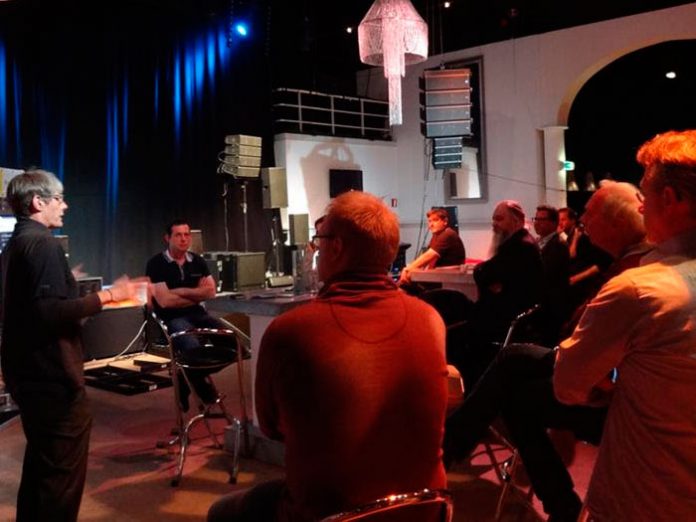 VUE Audiotechnik has announced that Ron Vogel Audio, based in Zwanenburg, is now its exclusive dealer for the Netherlands. RVA will facilitate distributor-like services such as sales demonstrations and service of VUE Audiotechnik products across the country, as well as specify VUE products for various permanent installation projects. The relationship will help reinforce VUE’s presence across Europe, working closely with VUE Europa in Germany and augmenting existing distributor offices in Italy and Norway. R

Owner Ron has worked in the pro audio industry for more than 40 years as a front-of-house engineer, monitor engineer and tour manager for local and international bands. Ron chose to quit the road and became a sales manager for a major rental company in Europe, and in 2007 started his own business. Ron’s company evolved from the sales department of Focus Show Equipment BV, which was formed in 1975 by the production staff of the Dutch band Focus. In December 2009, Ron changed the name of the business to Ron Vogel Audio, becoming the exclusive representative for many renowned manufacturers of pro audio equipment.

“Being familiar with the people at VUE Audiotechnik, hearing about the technology and hearing the VUE loudspeakers made it an easy decision to represent VUE when the opportunity arose,” began Ron. “The marriage of VUE’s design concepts and use of innovative materials result in excellent sound quality.”

Ron has already commissioned VUE products in some of his projects, recently completing an installation for the Dutch National Opera and Ballet in Amsterdam, one of the largest cultural organisations in the Netherlands. “I have been supplying sound equipment for the Dutch National Opera and Ballet for more than 20 years and they are very willing to try new equipment, but naturally they are also very critical of the sound quality,” said Ron. “We started with two VUE a-8 Compact Full Range Passive Systems as a trial, and they were so keen on them that they have now ordered another four for use in various applications at the theatre.”

“The people at VUE Audiotechnik are well known for their innovation in sound, which appeals to many customers,” he continued. “We’ve been impressed with the performance we are getting from VUE loudspeakers for both music and speech, and we have received many positive reactions from our clients. We’re very excited to be working with VUE.”