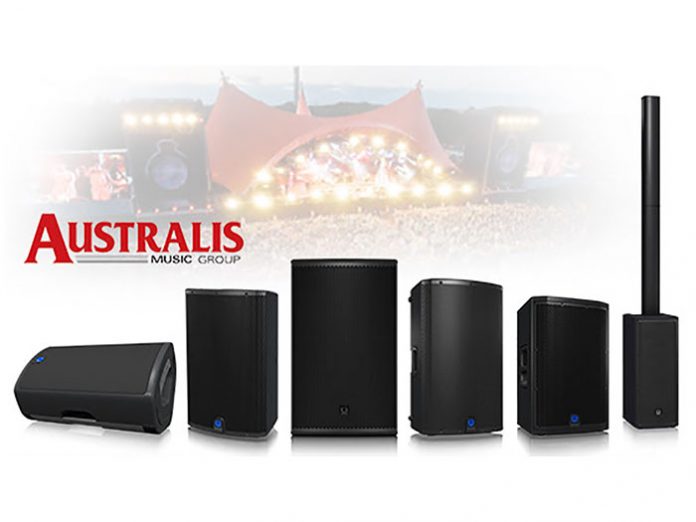 MUSIC’s exclusive Australian distributor, Australis are celebrating huge commercial success following a recent Turbosound demonstration day held at Richmond’s Bakehouse Studios. The first of its kind hosted by Australis featured Turbosound’s portable, self-powered loudspeaker products for the professional market with special focus on Music’s digital audio networking, Ultranet, which allows for high quality connectivity to mixing consoles and other compatible digital devices.
Pete Costello, Accounts Manager at Australis is extremely happy with the results of the demo day. “The target audience were dealers of Turbosound competitor’s products and especially those that have perhaps never had exposure to the full range of Turbosound portable products. The feedback from the demonstration was unanimous; impressed with the sound quality, impressed with the connectivity and impressed with the control functionality. It speaks volumes that we now have Melbourne’s top pro-audio supplier, Soundcorp, as a Turbosound dealer”.
The event consisted of 6 one and a half hour long private listening sessions. Sound mixing via Behringer’s X32 digital console operated via Ultranet for the iQ, TSP and NUQ loudspeakers with the Milan, iX and iNSPIRE Series using analogue inputs. Control was demonstrated directly from the console and also from the X32-Edit application.
Sven Langebeck of Warehouse Sound Systems states: “It was a great chance to listen to the new iNSPIRE (iP) Series beside my existing Milan Series speakers that I use in my hire and production business. I have now added iP to my line up and have quoted them regularly to my customer base”.
Mike Lasa of Soundcorps explains: “It was a very well run session and a great opportunity to hear the full powered range in one space. This helped us make our decision to come on board as a Turbosound reseller”.