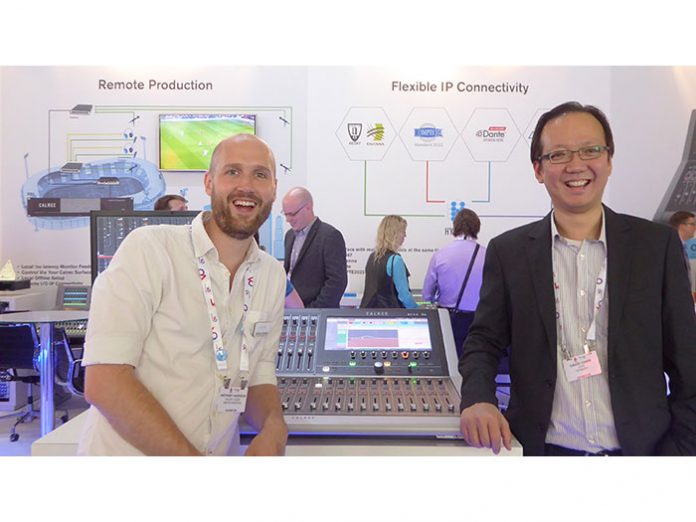 Calrec Audio has announced JAA Systems Sdn Bhd (JAA.S) as its exclusive distributor for Malaysia, Singapore, and Indonesia. Headed by David Chan, JAA.S has a proven track record in audio-mixing consoles for broadcast and is very well-respected in the region. With more than a decade of experience in the industry, JAA.S is the ideal partner to spearhead sales and support from its headquarters in Kuala Lumpur.

“It is an honour to work with a manufacturer with the kind of heritage Calrec has. Calrec is at the forefront of technology and has enjoyed success in many regions around the globe,” said Chan, director at JAA.S. “We aim to make Calrec just as successful in this territory too.

“Historically Calrec has not been as well-known in Southeast Asia, but with the recent addition of the Brio console to its range, we aim to provide broadcasters with the same high-end feature sets and networking capabilities Calrec is renowned for at an affordable price point”.

“I am very excited about this new relationship,” said Anthony Harrison, international sales manager for Calrec. “David’s team of experienced engineers means broadcasters in the region can be confident they’ll get a level of support equal to the quality of their consoles”.