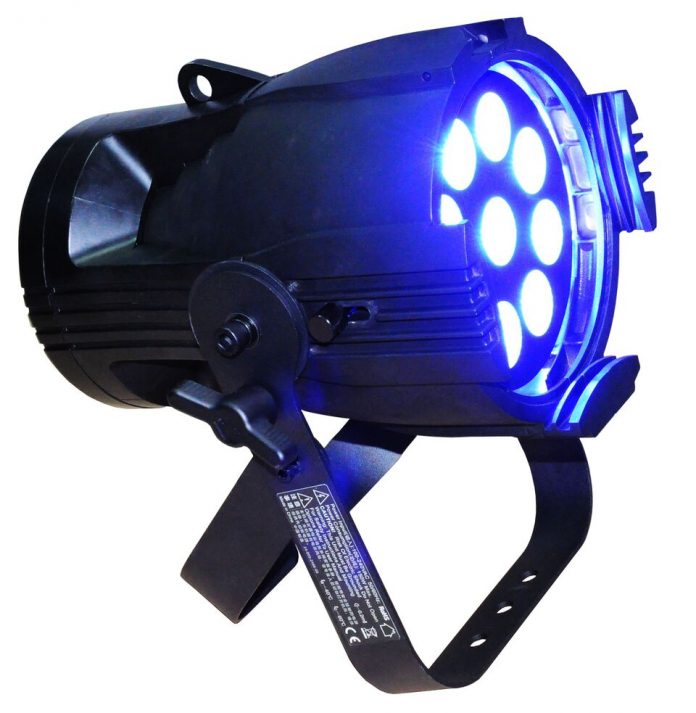 Located in Houston, Texas, the Alley Theatre is a nationally recognised performing arts company that creates a wide range of innovative productions. Recently undergoing a $46.5 million renovation which included improvements to the Hubbard Theatre, Associate Director for Design Kevin Rigdon was asked to also serve as the Principal Designer for the project. So working with theatrical consultants Bill Connor and Associates as well as Philips Strand Lighting Authorised Dealer StageLight, Rigdon was tasked with creating a more intimate relationship between the audience and the actors on stage, and he did so using 68 Showline SL PAR 155 ZOOM LED luminaires.

“This was a project that’s been in planning for a while now that entails the complete renovation of the building and in particular the Hubbard Theatre,” said Kevin. “During the renovation, we actually changed the configuration of the theatre which created two zones of house lighting. We were committed to using LED lighting technology for the power consumption and heat advantages, but also because a lot of these fixtures would now be at heights that would make them inaccessible for changing bulbs. The fixtures had to have quality colour consistency, colour rendering capabilities, plus a nice dimming curve and we found all of this using the Showline SL PAR 155 ZOOM LED luminaires.”

The SL PAR 155 ZOOM is a die-cast aluminum LED PAR can that utilizes nine homogenized RGBW LEDs to produce over 3,200 lumens of output. The manual zoom provides a beam angle range from 8-40° and the split yoke bracket allows for easy hanging or floor mounting. The rugged construction, internal power supply, and ease of use make the SL PAR 155 ZOOM a natural replacement for conventional PAR fixtures. Whether illuminating stages, buildings, clubs, landscapes or other entertainment and architectural elements, the SL PAR 155 ZOOM provides designers with the highest output and best colour uniformity.

“When we started looking at all the available LED house light options from various manufacturers, we did a traditional shoot-out at the theatre, but nothing really caught our attention on the first pass,” continued Kevin. “Afterwards, I brought over a Philips Selecon PLFRESNEL1 LED fixture from the University of Houston, and we loved its dimming curve and colour quality, but we also got excited about the colour-changing possibilities as well. We then decided to do another shoot-out using LED PAR fixtures and the SL PAR 155 ZOOM had the best colour rendering and white output, plus we gained the efficiency of having a zoom fixture without having to change lenses.”

With the SL PAR 155 ZOOM LED luminaire now selected as the fixture of choice for the house lighting, Rigdon and the team got to work installing the new fixtures. Hanging in two zones over the audience, the LED luminaires were now ready to be powered on, but because of their unique colour-rendering capabilities, Kevin was in for a little surprise.

“Once we got them all installed, we programmed the basic white output and colour-tuned them to look like Tungsten/Halogen lights, and they looked beautiful,” added Kevin. “But as we started to notice this wonderful light against the sea of red house seats, we decided to tweak the red just a little bit and the seats instantly jumped out. Having the ability to slightly tune the SL PAR 155 ZOOM luminaires to accentuate the decor of the theatre was a tremendous asset and really took the house lighting to a completely new level.”

After the install, Kevin had the opportunity to actually see the SL PAR 155 ZOOM LED luminaires in the air above the audience. As he stood looking at the fixtures, another benefit to using the homogenized RGBW LED fixture came to mind.

He continued, “As a designer, another big advantage of the SL PAR 155 ZOOM is the integrated LED’s inside the fixture. Looking up at them, you don’t see the individual pixels as you would with other LED fixtures so it doesn’t draw attention to their face and they blend nicely with the rest of the lighting rig.”

Now that the renovation is complete, the Hubbard Theatre recently opened to the public with the production of One Man, Two Guvnors. As he watched from the house, Rigdon thought about the original design goals of the project and how by using the Showline SL PAR 155 ZOOM LED luminaires he was able to not only achieve, but also exceed everything they had set out to accomplish.

“In designing a theatre space, you want it to be as flexible as possible for the different productions,” concluded Kevin. “To me, the ability to subtlety or not so subtlety change the color in the house is an enormous benefit and extremely valuable. By enhancing the architecture and aesthetics of the space with the house lighting, we were able to retain the heart of the Alley Theatre while making it even more visually appealing at the same time. I had very clear goals of wanting to make the theatre a better experience for both the audience and the performers, and the Showline SL PAR 155 ZOOM LED luminaires gave us that clarity in a stunning, new auditorium.”