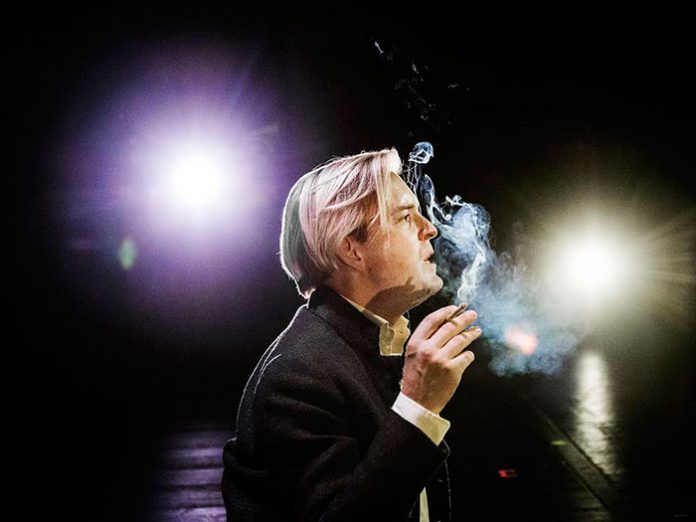 The theatre, that produces over 1000 works a year across eight dynamic performance spaces, is the national theatre for spoken drama and was founded in 1788 and has occupied the current, majestic art nouveau building designed by architect Fredrik Lilljekvist on the waterfront at Nybroplan since 1908.

The theatre has many claims to fame including legendary Swedish director Ingmar Bergman who was its Creative and Managing Director 1963-66 and directed numerous ground-breaking productions there. The Big Hall has a capacity of 720 and the Small Stage of 340, with both constantly busy producing and receiving shows along with the other stages.

The Small Stage (Lilla scenen) has recently purchased five Robe DLS fixtures, specified by Small Stage Head of Lighting Jim Rasmussen, and these fixtures join another six in use around the other stages. The Small Stage is known for producing classic dramas and new and experimental works and the DLS Profiles were bought specifically to replace other – competitor brand – moving heads.

The lights were selected for their silent running, framing shutter system and smooth colour mixing. “There was not a huge choice of fixture that is strong in all these criteria,” confirmed Jim.

Ambient noise levels in the venue is a serious issue because of its low ceiling height. The space is in a second – adjacent – building formally a cinema, acquired by the Dramaten in 1945 and completely renovated in 2000.

Jim was already aware of Robe from his freelance work before joining the theatre in 2008 and also has used LEDWashes on rental for the Small Stage, however it was profiles he needed to replace.

The DLS Profile was originally suggested by a rental company, after which he watched the DL range product video online and was impressed. “It is versatile and a neat size,” he explained.

Since their installation, the DLS Profiles have proved extremely useful in multiple scenarios.
The venue’s standard set up is for four or five productions to run simultaneously in rep, rotated daily, necessitating very quick set-ups and tear downs. They also stage concerts, poetry and spoken word performances, so very often no noise is a must,
With the DLS Profile in place, these changeovers are almost instantaneous. The lights are also really handy for specialss and key lighting.

Jim thinks that LED still has “Some way to go” before it beats tungsten in terms of dimming curves, colour and colour temperatures, but says the DLS goes a long way towards addressing all of this. He adds that the DLS profiles match in very well with their existing primarily tungsten sources, which include fresnels, Svobodas, PARs, ACLs and raylites.
Jim works with a lighting crew of six on the Lilla scenen and a wider crew of 19 technicians. The house console is an ETC Cobalt.