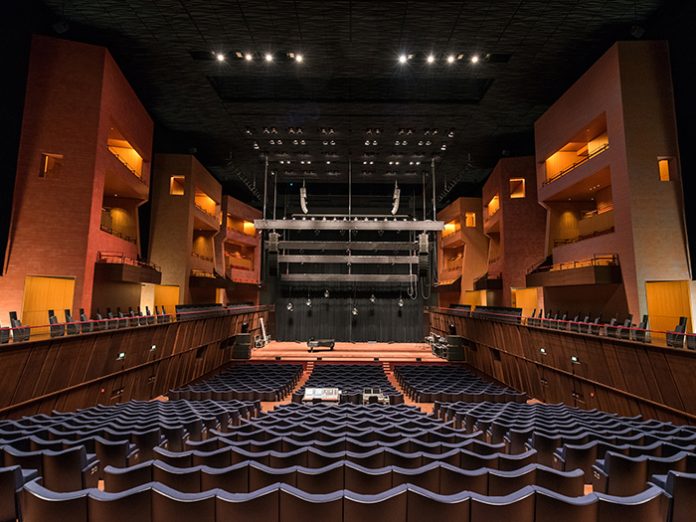 Philharmonie Luxembourg is a thoroughly modern concert complex. Home to the Orchestre Philharmonique du Luxembourg, on average it is visited by around 180,000 people every year.

The 1328-capacity Grand Auditorium combines the acoustics of classic ‘shoe-box’ concert halls with the atmosphere of a Shakespearean theatre. The auditorium features raked stalls and four ‘towers’ on each side, with a stage area that can be adjusted between 256 and 305m². The smaller Salle de Musique de Chambre features curved walls and can host 313 people, while the venue’s four foyers can also be used for performances. Three orchestra rehearsal rooms are located in the basement.

The venue owns all of its own sound and lighting equipment and, since its opening, has featured Yamaha PM5D and M7CL-32 digital consoles. This year the venue decided to upgrade to a Rivage PM10 and a CL5.

“We originally chose Yamaha consoles because we host the highest profile artists and they were the most-requested by visiting sound engineers. Once the PM5D and M7CL were installed, we found that their features and reliability were second-to- none,” says Laurent Watgen, the venue’s technical head.

“We host over 400 performances a year and the consoles are intensively used. When we heard about Rivage PM10 we were very interested and Yamaha’s Ruben van der Goor and Jan Prins gave a demonstration in one of our rehearsal rooms. We were so impressed that we decided to invest in a PM10 and a CL5.”

“AED did a great job in supplying everything we needed. Using the consoles is great – both sound wonderful and are easy to operate,” says Laurent. “It is a very successful venue and we are very proud that Yamaha is part of that success.”