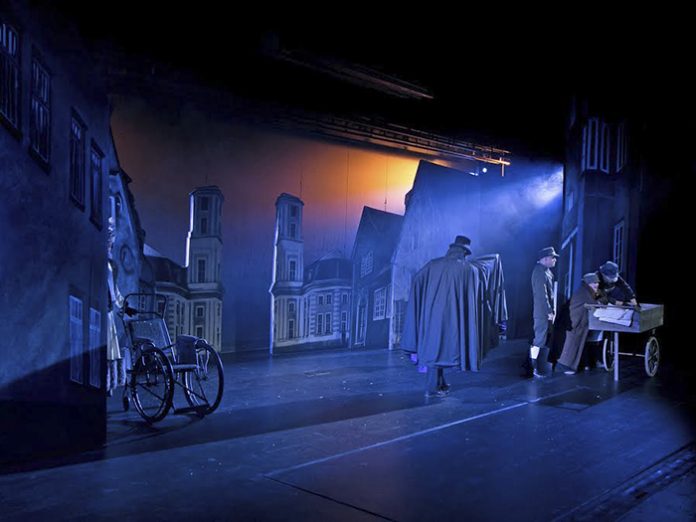 Robe’s DL4S Profiles and DL4F Fresnels – 52 in total – have been specified and installed at the new Nuku (Puppet) Theatre in Tallinn. This world famous theatre has just opened a completely new space – formally an outside courtyard – at its theatre complex in the heart of the picturesque and vibrant Estonian capital.

The project is one of the latest in a number of high profile theatre installations of Robe DL series LED moving lights around the world. The luminaires have been specifically designed for performance applications, combining all the benefits of LED technology with the refined features and functionality expected from a theatrical fixture.

The new Ferdinand Stage at the Nuku Theatre now becomes the main venue. Its development includes a brand new entrance and foyer which have been integrated seamlessly and stylishly into the existing building. The space itself offers seating for 420 people and a 14 metre wide by 9 metre deep stage area.

Now with the relative luxury of decent headroom, wing space and upgraded production facilities, they can cater for the abundant audiences who flock year-round to enjoy a series of acclaimed performances.

The decision to pick the Robe LED moving lights was made by head of lighting Madis Kirkmann and the fixtures were delivered by Robe’s Estonian distributor E&T.
They had already been using Robe LEDWash 600s and 300s together with 600E Spots in the old theatre and were extremely happy with their reliability and performance, so it was a logical step to stay with Robe. “That, plus the great service and support we receive from E&T” confirmed Madis, who has personally been using Robe for various applications for over 10 years.

Sustainability is important in Estonia and a principal that all arts organisations fully embrace, so LED was also a good and practical choice. The 30 x DL4S Profiles and 22 x DL4F fresnels, due to their power and versatility, are also a cost efficient solution. While the Ferdinand Stage lighting system does also include large and small Source Four profiles and several other conventionals, having the DLs in the system has reduced the need for many additional fixtures.

“They are really excellent lights – powerful, light in weight and highly flexible,” says Madis.
The Robe units combine an exceptionally smooth shutter module, high precision dimming, seamless colour mixing and quiet operation. The DL4S fixtures were the first that E&T has delivered to a theatre project, to which they also supplied a new lighting console.
Considerations like focus are crucial when lighting a genre like puppet theatre as good lighting is essential to deliver any show convincingly to audiences young and old – revealing as well as concealing – and generally the ‘art of illumination’ is often taken to extremes!

Tasks like pinpointing the puppet character and the actor have to be achieved very specifically and that’s why they need a lot of profiles.
“The DL4Ss will being massive variety to our shows with the great selection of gobos and the shutters – all of these are vital tools for us,” commented Madis who is delighted to be working in the new space with all the new kit!

The Nuku Theatre’s new Ferdinand Stage is a government supported project that has been almost three years in the making. Named after legendary Estonian puppeteer Ferdinand Veike (1924 – 2015), also founder of the first Veikest which became the Estonian independent puppet theatre, its first show onstage was the 2016 Christmas production, and now it will be in use almost every day.
The busy and ever-popular Nuku theatre now has three stages and produces around 10 completely new own productions per year as well as hosting one-off shows and events.