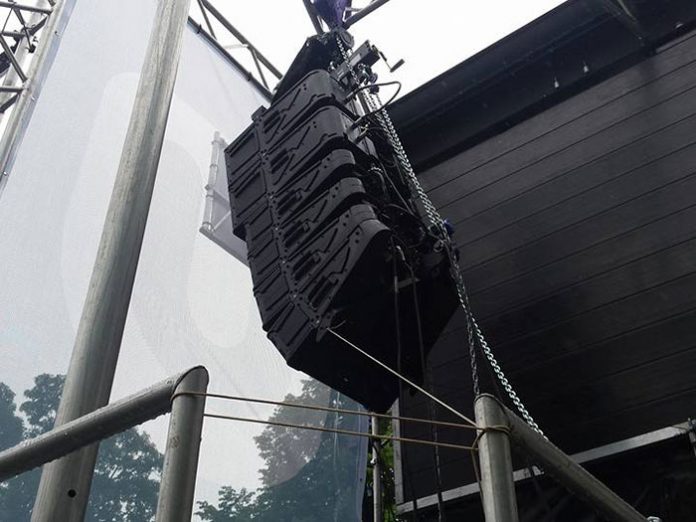 TSS was once again the official event production company for the Swansea University Summer Ball 2016 as it reached its eleventh anniversary, providing staging, sound, lights and power across the 3-arena event, and looking after a 5000-capacity crowd in the university grounds.

This summer, TSS was eager to put out its new NEXO STM inventory for the main Enchanted Forest stage, deploying a flown system comprising left/right hangs of STM modules, 2x B112 bass cabinets above 4x M28 main modules in each array. In front of the stage on the ground were 6x S118 subs. Side-fills consisted of NEXO RS15 Sub with PS15-R2 speakers on top. On the stage itself were 6x new NEXO NX4x4 Amps.

Chris Hooke, owner of TSS commented: “This was our first time flying the STM on the main stage using the new vario bumper. The STM system has replaced our previous rig which used 6x GEO S12 a side with 6x RS18 subs.”

Completing an all-NEXO story, TSS used a smaller system with PS15-R2 with LS18 subs powered by NXAMP4x4s for the Ben Rees stage, named after one of the University’s employees who recently passed away.