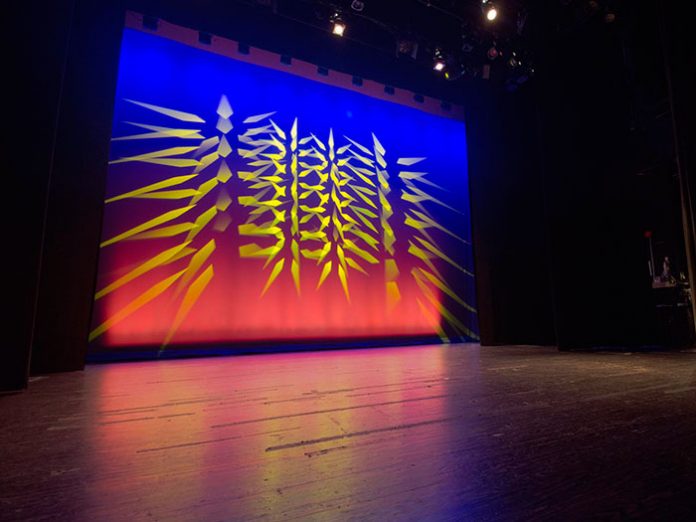 In 1938, the African American poet and playwright Langston Hughes had a dream of creating a theatre in Harlem to showcase black drama. Although Hughes earned worldwide acclaim for the power of this writings, his vision for a permanent African American theatre in Harlem never materialised in his lifetime. Finally in 1991, 24 years after his death, his dream became a reality with the expansion of the Schomburg Center for Research in Black Culture, which included the 340-seat Langston Hughes Auditorium.

Recently, the vibrant auditorium underwent a renovation to better equip it to keep up with its full schedule of cultural activities. A key part of this project was the addition of a new, more dynamic lighting rig that featured Rogue RH1 Hybrid moving fixtures and COLORado Batten 72 Tours from Chauvet Professional.

“We were brought in by the AV systems integrator to handle the theatrical and architectural lighting, as well as the drapery and rigging portion of the installation,” said Joseph Ondrek of Shadow Box Design. “This was part of a total project overhaul to help the auditorium keep pace with the growing demands placed on it by the cultural scene in its community. The client was very interested in replacing the older incandescent stage lighting fixtures with COLORado Batten LED products because of the cost and energy savings. Of course, in addition to these advantages, they’re also getting much better performance from their lighting system as a result of the features built into these fixtures.”

Joseph and his partner John McGovern installed four of the Rogue RH Hybrid fixtures and eight of the COLORado Batten units around the auditorium’s stage. The Rogues were run over the stage to provide eye candy beam lighting as well as spotlighting. The ultra-intense output of the units (110,000 lux at 15 metres) helps create a professional touring environment in the auditorium, while the fixture’s unique prism layering feature allows more intricate looks to be added to the stage lighting.

Also coming in for praise from Joseph was the Rogue’s zooming feature. “The unit’s wide zoom, especially when using the frost, is important, because it really contributes to special effects,” he said. “Another feature is the small size of the Rogues; this gives us a great deal of flexibility when hanging and positioning the fixtures.”

The COLORado Batten 72 Tour fixtures are arranged in a row on the upstage deck at the Langston Hughes Auditorium. The RGBWA LED linear fixtures are used to colourise the stage in a variety of hues. “We selected the COLORados because they could give us a very broad range of true colours,” said Joseph. “We also liked their integrated floor mount.”

Although it took nearly two-and-a-half decades for Hughes’ dream of an African-American theatre in Harlem to be realised, the great poet’s namesake auditorium has been a beehive of activity since its opening. In light of this, there was a very short turnaround time for the recent renovation project.

“The biggest challenge was getting the job done in the short window between being awarded the bid and the completion deadline,” said Joseph. “However we received a lot of support from Chauvet, and the fixtures were easy to work with, so we got the job done successfully.”

During his lifetime Langston Hughes was known as a driving force behind the “Harlem Renaissance” of the 1930s, a cultural development that brought the achievements of African-American artists to the attention of white America. Today there is another Harlem Renaissance taking place, as the famous neighbourhood in northern Manhattan is brimming with cultural gems, one of which is now shining brightly as a result of its new lighting system.