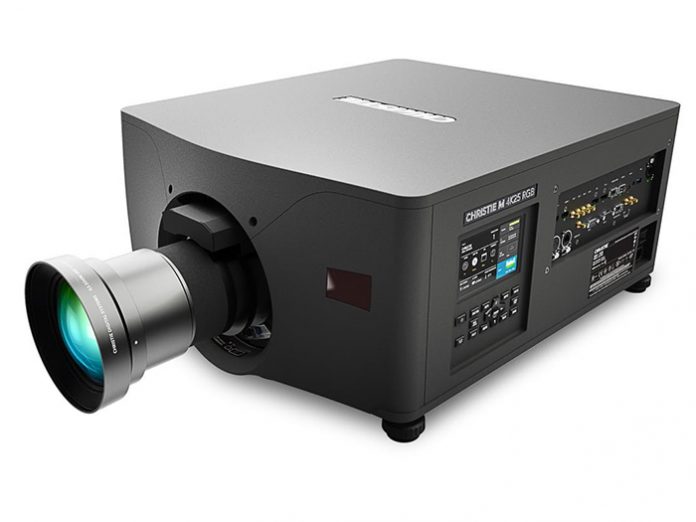 Christie and the University of Waterloo’s Vision and Image Processing Lab are celebrating a new milestone – the development and productization of the patented algorithm that drives the resolution enhancement of the new Christie M 4K25 RGB pure laser projector. This is the latest success between the renowned institution and Christie, which together recently wrapped up a third, two-year research project.

The collaboration between the Vision and Image Processing Lab at the University of Waterloo and Christie began in 2013.

“Years ago, we wrote out a set of problems we’d like help with,” said Mark Lamm, senior product developer, Advanced Research and Collaboration, Christie. “The group at the University of Waterloo works on vision and camera research, and more recently, machine learning. It was a match – we had problems and they had interest.”

Waterloo and Christie have collaborated on papers, presentations, and patents over the three projects. Each project involved eight to 10 graduate students and included an internship which allows students to dedicate two days a week to Christie research.

“Christie has interesting problems. The people at Christie appreciate the research aspect – we’re providing ideas and insight,” said Paul Fieguth, Professor in Systems Design Engineering at the University of Waterloo. “We’re committed to working jointly and talking about where our research is going and next directions, as well as contributing ideas to Christie’s research goals.”

The research that led to the algorithm for the new M 4K25-RGB pure laser projector began several years ago and resulted in published papers on image enhancement for static images. The research continued as the team realised that the approach only worked for static images, and not video.

The team “went back to the drawing board,” said Mark. “Alex Wong, a systems design professor at the University of Waterloo, helped us come up with a new approach.”

“Could we figure out in real time what is moving? How do you detect what a pixel is doing? Then we had to figure out how to filter it and recombine it appropriately,” Paul said of the continued research. “That was the crux of most of the image resolution work that students were doing. It took us a while to refine what we were looking for.”

The result of part of the research project is the new, patented, precision pixel shift technology in the Christie M 4K25 RGB pure laser projector, which reduces or eliminates typical artifacts found in other pixel-shifting technologies, provides UHD 4K resolution at up to 120Hz.

The collaboration between the University of Waterloo and Christie is already headed toward a possible fourth research project.

“We’re very pleased with the research collaboration with the University of Waterloo’s Vision and Image Processing Lab,” said Mark. “We look forward to welcoming the next group of researchers to Christie.”