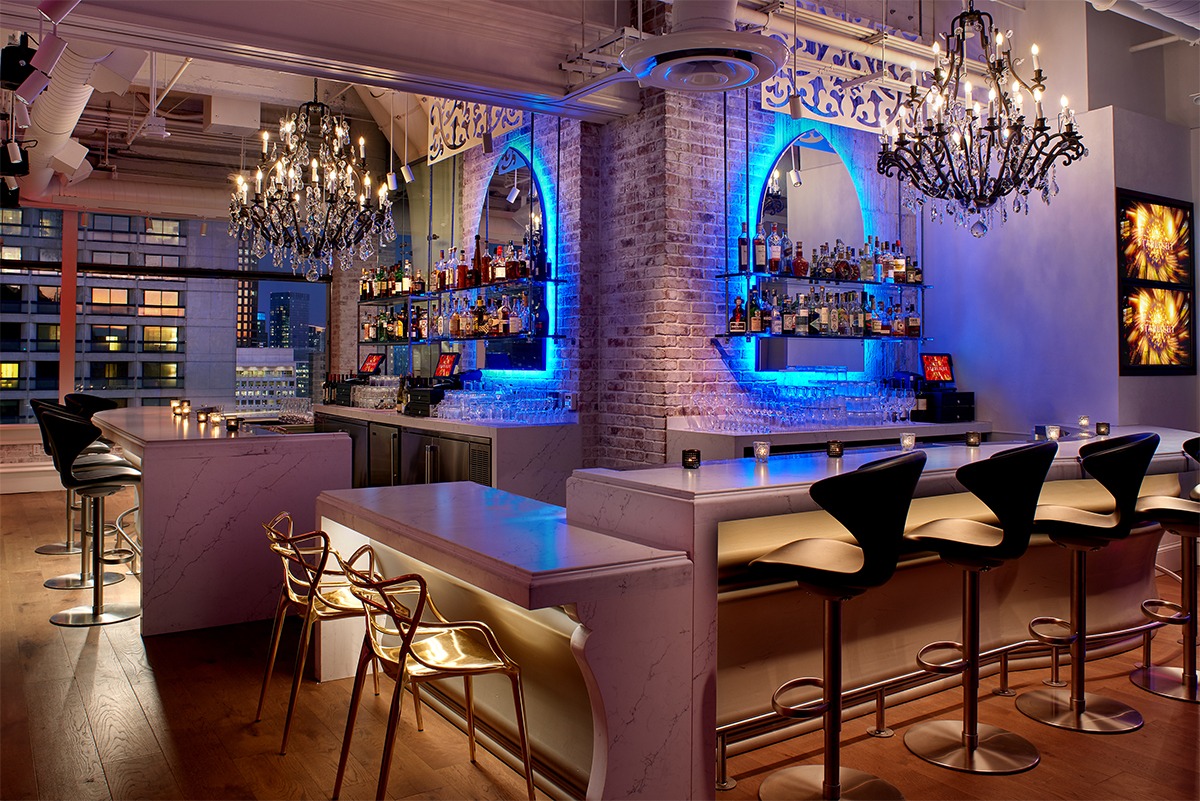 Inspired by Queen Elizabeth I’s alleged dalliance with the legendary corsair, Sir Francis Drake, the venue has borne witness to almost a century of San Francisco’s history. Nowadays, Lizzie’s Starlight offers delicious small plates and eclectic cocktails, with an ever-changing cast of world-class DJs providing atmosphere – all set to a suitably spectacular backdrop of the city.

In 2019, major renovation work began at Lizzie’s Starlight, with the whole venue entirely remodelled after being stripped back to bricks, exposed floor and bare ceiling. With the work complete in terms of venue design, attention turned to revamping the technology.

Chicago’s Ayre Productions – the company behind multiple projects for owners Kimpton Hotels and Restaurants – designed and installed a new audio system for the venue. Co-Founder, John Wagner, takes up the story: “We worked on this project for two years, and the design has changed three or four times. We’re a Pioneer Pro Audio dealer, and we specified Pioneer loudspeakers before we were involved with Linea Research.

So fresh & so clean! Ready for a Sunday of indulgence 🥂

The biggest challenge at Lizzie’s Starlight was the room combining scheme. Although the overall space is not all that large, it’s divided into four meeting rooms of varying sizes – one of which includes the main dance floor – that can be combined into a single space. It’s a configuration that enables the venue to draw daytime business for meetings and other events, in addition to its traditional identity as a nightclub. Not surprisingly, it somewhat complicated the sound system design.