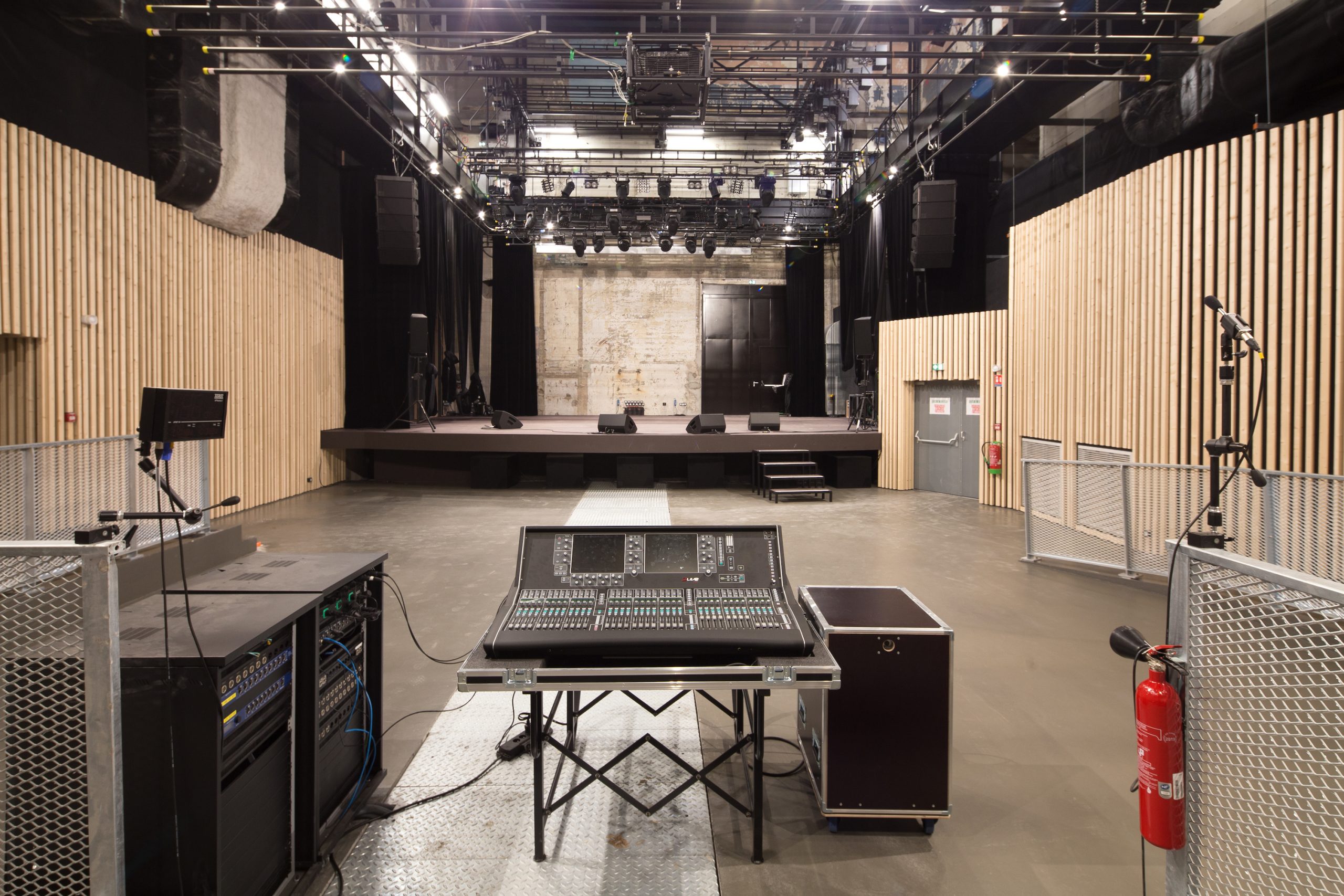 The venue itself has an interesting history, having been a submarine base, as well as the largest Germanic structure built outside of Germany during the Second World War. After many years of post-war occupancy by the French Navy, who eventually abandoned the base in 1997, the decision was finally approved in 2017 for the city of Lorient to invest five million euros in converting bays five and six into a centre of creativity, dedicated to nurturing the culture of contemporary music.

The jewel in the reinforced concrete crown is the 500-capacity concert hall that is fully equipped with a d&b audiotechnik V-Series line array system, fully optimised using the d&b ArrayProcessing technology.

The second, more intimate concert hall known as ‘Le Club’ is deliberately designed to be a space in which young, emerging talent can perform. It is equipped to the same world-class standards, with two d&b Vi10Ps per side, four Vi-GSUBs and four M6 stage monitors. The equipment for both rooms was supplied by the d&b regional distributor, Eurolive, and installed by Lorient-based rental company and integrator, Galloud Sonorisation.

For Mathias Alonso, Manager of l’Hydrophone, the brief was simple and straightforward. He wanted a high-quality, compact sound system that would be capable of handling all types of contemporary music, from rock to folk and everything in between.

“At the time, we were using Q-Series, which sounded far better than anything else I had used up to that point,” Mathias explained. “When the rental company – Eurolive – upgraded to V-Series, I was even more impressed. The amount of power generated by such a small system combined with the clarity and definition of the sound put everything else in the shade.”

Having reviewed a variety of options, Mathias contacted d&b’s Thomas Ebran to discuss the possibilities. It quickly became clear that the ideal d&b solution would be the three-way, 10-inch V-Series.

“The V-Series offers the perfect power-to-size ratio for l’Hydrophone, with plenty of headroom whilst remaining compact and visually discreet. Power output, directivity and coverage are tremendous. The competing solution was so much bigger and more cumbersome to achieve the same power output, it ended up being a very easy choice,” Mathias added.

With the decision made to go with the d&b system, Galloud Sonorisation was enlisted to install the system. Yves Le Galloudec takes up the story: “Once we found out there was a call for tenders on the audio system for l’Hydrophone, we had to respond – especially as we have worked with the team behind the venue for many years.

“The brief for l’Hydrophone contained very precise specifications and we were confident we could complete the project to a high standard.”

On Mathias’ wish list, although not incorporated into the initial specification due to budget constraints, was d&b’s patented ArrayProcessing technology.

“The difference made by applying the ArrayProcessing algorithms is nothing short of stunning,” admitted Mathias. “Even working with what is already an excellent system that is optimally set up and tuned, when you hear it again with ArrayProcessing, it’s like night and day. If you have the budget to do it, because it means effectively doubling your amplifier count, it’s worth every cent.”

Read the full article in the latest issue below –