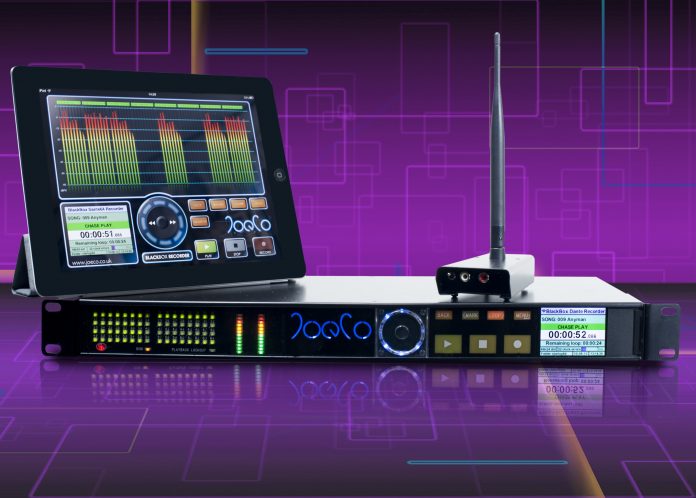 JoeCo is proud to announce the appointment of Bluesound as its new exclusive distributor in Hungary. The agreement will see JoeCo products including the BLACKBOX range of multi-track recorders and BLUEBOX audio interface recorders reach new customers described by Bluesound co-founder Thomas Csernus as for, “Professionals who don’t know what they’ve missed out on until now”.

Launched in 2004 by Thomas and Annamaria Csernus, Bluesound is now considered among Hungary’s leading suppliers of high-end, professional audio equipment. The company’s philosophy is to carefully plot and follow a particular product’s ideal route to market, ensuring that each brand benefits from its own unique strategy. The idea has helped Bluesound to build an enviable catalogue of complementary brands from Midas consoles, Furman and Lectrosonics through to Biamp Systems and DPA Microphones.

JoeCo will receive the same treatment, says Thomas. “JoeCo complements our current product profile. We are seeing rising interest in recording live shows and using them for virtual sound-checks but a lot of engineers no longer want to rely on their laptop to get the job done, they want something rock solid and reliable, a recorder that they can count on every day of the week. Simplicity is also very important, to be able to just press a button to record. Previously we supplied a complicated solution based on laptops, switches and networking but I wasn’t initially aware of JoeCo. Now we know how trustworthy these recorders are and I believe they are the best solution.”

Over the coming months, Bluesound will take both the BLACKBOX and BLUEBOX ranges to customers across the country. “We believe in helping our clients to find their ideal solution and that means letting them get hands-on with JoeCo’s technology to really take it for a test drive,” add Thomas. “We will also provide the Hungarian market with a local language website and support, so our customers can fully understand the advantages that JoeCo has to offer.”

“We are delighted to be working with such a dynamic and respected partner within the Hungarian market,” commented JoeCo Managing Director Joe Bull. “Thomas and his team are dedicated to seeking out every opportunity for the brands they represent and their reputation for customer service is second to none. We look forward to a very bright future together.”

JoeCo is the award-winning British manufacturer behind the renowned BLACKBOX range of multi-channel recorders and players, as well as the more recently released BLUEBOX Workstation Interface Recorders. Located near to the British city of Cambridge, the company boasts all-British design and manufacturing, with a focus on R&D that has earned it a reputation for innovation and absolute reliability. The appointment of Bluesound also follows the recent arrival of Audiopole for France and Starpoint Distribution for Germany and Austria.