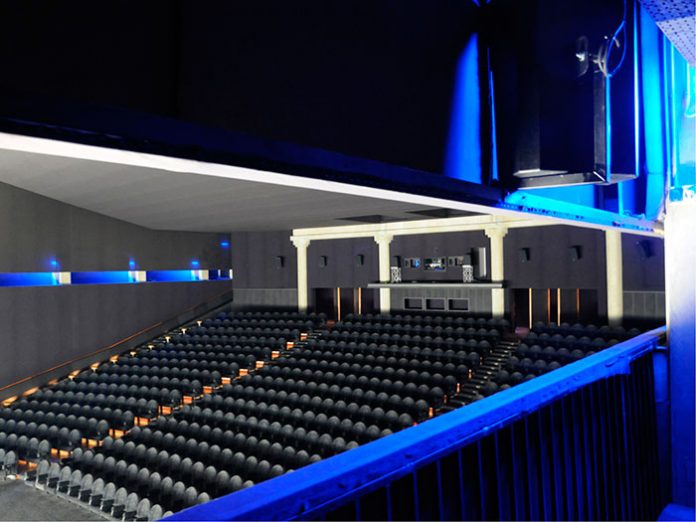 The recently upgraded Sala Energia auditorium at the Arcadia Melzo multiplex in suburban Milan, Italy is the first cinema anywhere to power all of its screen channels with Meyer Sound LEOPARD line array loudspeakers. The 630-seat Sala Energia now contains the most powerful permanent Meyer Sound cinema system in the world, as well as one of Europe’s largest Dolby Atmos systems.

Owner of Arcadia Cinemas, Piero Fumagalli recalled: “When I first heard the LEOPARD-based system in our Sala Energia, I was so excited and enthusiastic that I was moved to tears. I sensed immediately that the clarity, dynamics, and musicality of the LEOPARD arrays represented a major improvement over the previous system. This new Meyer Sound system is our investment in the future.

Piero continued to explain that audiences are now willing to pay more to experience a film in the Sala Energia. The patrons now rave about both the sound and image technologies, and they often applaud the sound demo trailers before the features.

Piero points out that LEOPARD supplied an ideal solution for Sala Energia’s 30 meter-wide auditorium, which also has a long throw distance to the back rows. Piero spoke about the doubts of using compact line arrays for screen loudspeakers, but stated that once he heard LEOPARD, he realised this is a loudspeaker of such exceptional quality that it can absolutely be used in any application and was confident that Sala Energia has proven to be the best possible solution.

To fully realise the immersive effects of Dolby Atmos, the complete system also includes 30 HMS-12 and six HMS-15AC surround loudspeakers for side, rear, and overhead surrounds, and eight additional X-800C subwoofers for surround effects. The system was provided by Meyer Sound’s Italian distributor Linear Sound, a division of Eko Music Group, and installed by Brusaporto-based Sangalli Tecnologie S.r.l. under the supervision of Giancarlo Terzi.