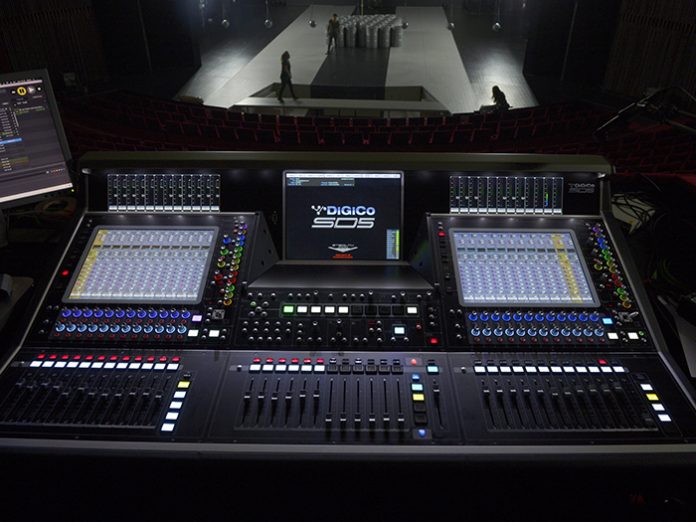 Helsingborg City Theatre, in the south of Sweden, was originally constructed in 1921. It was demolished in 1976 and the current theatre was opened. It is one of the best-known city theatres in the country – notably, it was managed by Ingmar Bergman in the mid-1940s – and hosts both homegrown and touring theatre companies from across Europe. With a mixing system that was becoming outdated, the theatre decided to invest in a DiGiCo SD5, the first to be installed in a Swedish theatre, ensuring it would be at the cutting edge of mixing technology both now and into the foreseeable future.

Purchased through DiGiCo’s Swedish distributor Soundware, whose Magnus Wiborg worked with the theatre’s resident sound engineers, Åke Lindborg and Jonas Mattson to ensure the best solution was specified and installed by Fremlab AB, the system comprises the SD5, which runs on an optical loop and has Waves integration, plus five SD-Racks.

“We gathered that the number of inputs, outputs and multi-band dynamics, together with the three screens, 36 faders and the ability to do virtual MADI soundchecks of shows, perfectly suited our needs,” said Åke. “It was also important to implement the Optocore loop between FOH and our other five SD-Rack locations.”

Two of the racks are located at stage left/right and feature tour grade connectors for onstage band/production set up, another is situated in the amplifier room, the fourth in the wireless system rack and the final one at the monitor position.

“A fibre loop was needed because of the amount of information the system needs to handle, as well as being a failsafe,” explained Fremlab’s Carl-Fredrik Malmgren. “We installed a full loop so that if there is a problem somewhere along it, the signal simply goes the other round and the show goes on. We used about 300m of fibre in all and the installation was completed without any issues.”

The theatre’s team has found that the SD5’s matrix and ability to programme multiple signal paths has made the system much more logical and easy to use and that the vast number of MADI in/outs are also a big help.

“We have a basic setup for the system, but the amount of wireless equipment, the need for Racks, number of inputs and outputs and so on varies a lot,” said Åke.“We haven’t had a chance to welcome visiting engineers yet, but expect them to use the console under our guidance. We are very happy with the console, although we’re sure that there are many ways to improve the workflow on the desk. We’re still finding clever ways of doing things and we find a smarter way every day!”