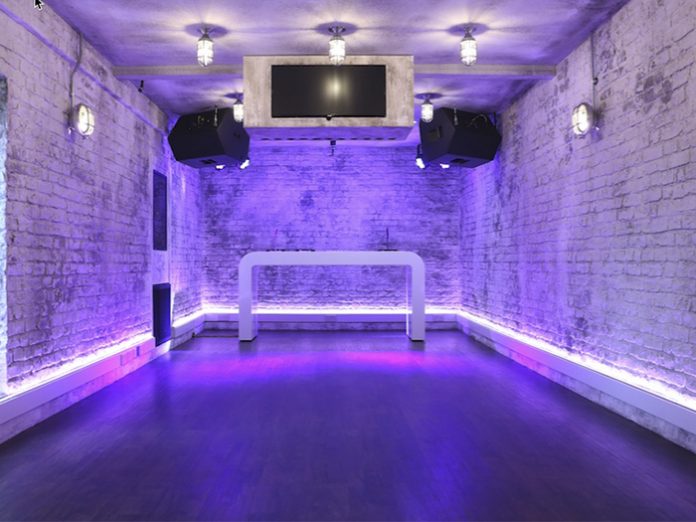 Toolroom Records has installed a complete audio and lighting system by HARMAN Professional Solutions in a new performance space and broadcast studio at the label’s headquarters in Maidstone.

Toolroom is a UK-based record label that is internationally recognised for its trend-setting brand of House, Tech House and Techno. Founded in 2003 by Grammy-nominated producer Mark Knight, Toolroom features a roster of established and rising DJs and producers, with releases from Fatboy Slim, Basement Jaxx, Underworld and many more. More than just a traditional record label, Toolroom has ventured into a wide variety of media and entertainment platforms, including radio, television, broadcasting, international events and education.

“We’re really excited about unveiling our new multi-use production facility,” said Miles Shackelton, Brand Director at Toolroom Records. “I don’t know of any other independent labels with an in-house performance space quite like ours. The flexibility and power of the HARMAN system enables us to produce our weekly radio show, host live performances, film HD video interviews and more—all from the Toolroom headquarters. The team at HARMAN really went above and beyond to provide us with the technical tools we need to create high-quality content.”

“The Studer Micro Series mixing system is the central unit of our facility, and provides everything we need to produce Toolroom Radio,” said Mikey Whyte, Content Marketing Manager at Toolroom Records. “It enables us to mix and stream performances and interviews to Facebook and YouTube, while also recording everything. Our radio producer later mixes down the audio assets on the Studer Micro, and that becomes the radio show that is syndicated on over 70 satellite and terrestrial radio stations worldwide.”

“Even though the live performance space is intimate, it was important for the audio to be powerful and crisp, with plenty of deep bass and rich high-end,” concluded Mikey. “The sound provided by the HARMAN system is ridiculously good—many producers are asking us to host album launch parties and private listening sessions because it sounds that great in the room. We’re also pleased with the Martin lighting system because it enables us to adjust the ambience in the room for different scenarios. We can make the room look like a nightclub during live DJ performances or achieve natural subject lighting when shooting video interviews.”