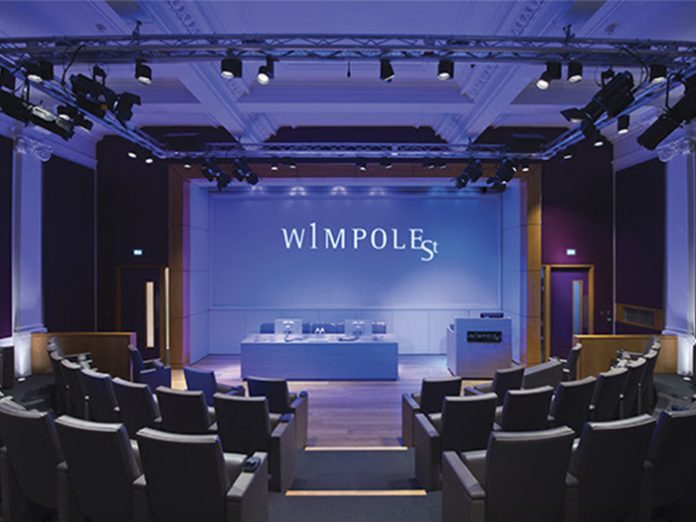 The Royal Society of Medicine (RSM) is one of the UK’s leading providers of post-graduate medical education.

High quality AV provision is an essential part of delivering not only the Society’s own activities but also those of other corporate bodies who hire its facilities. Last year the RSM’s technical team made an evaluation of their facilities and concluded that their systems could be deployed much more efficiently. AV manager Kevin McLoughlin contacted POLAR integrated Solutions with a view to advising on and overseeing the complete recommission of its existing systems.

After the initial contact, POLAR’s Technical Support Engineer, Darren Stratford spent two weeks at the RSM’s facilities. He takes up the story: “We discussed how best to overcome the issues with Kevin and the RSM’s current integrator – it became clear that the system required a complete overhaul in respect of its configuration and topology.”

At the time the RSM was incorporating a new multi-purpose function space, The Max Rayne Atrium, into its facilities, prompting agreement amongst the parties that this was the right moment for a root and branch re-design of the entire system.

Darren added: “The scope of works that fell under POLAR’s responsibility was to provide an AVB network topology re-design and to reprogram, configure and commission the entire system from scratch. This was a challenge in that there was no real ‘specification’ or ‘required functionality’ document to work from, as is commonly the case. I determined that the best way forward was to sit down with Kevin and his team who use the system every day and really get an understanding of how they use the system, what functionality they would like to retain from the old configuration and the additional functionality they would like to see.”

Unusually for a project such as this, these conversations took place on site as the system was being set up. Darren recognised that this was somewhat unconventional but reflecting on the process, feels that the outcomes more than justified the means:

‘It was really beneficial to have an open, honest rapport with the end user about what could realistically be achieved in the timeframe and any inherent limitations that the system may have. The bulk of the programming, re-configuration and commissioning took around two weeks on site, allowing some contingency for wiring/patching issues that were encountered, alongside any time for resolving snags.”

The greatest challenge involved troubleshooting potential networking and patching faults. The AVB network was re-configured from scratch, many of the switches having serious configuration errors within them. Once these were resolved there were problems surrounding what appeared to be LAN uplink traffic being introduced to the AVB network and causing sporadic issues.

Working closely with the client was key to resolving the problems as Darren explained: “In situations like this it’s always important to understand exactly what is happening on the network at any given time.”

With its configuration following a much more logical structure, RSM now enjoys a fully functional, single complete system, where previously there had effectively been three independently configured systems and networks.