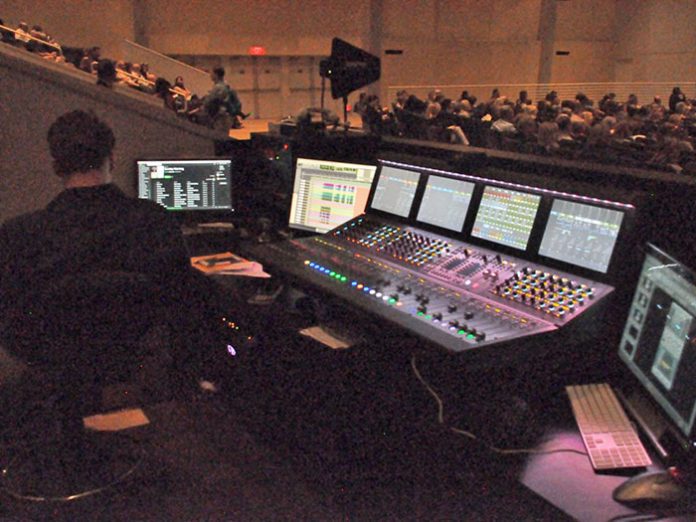 Guitar Center Professional recently updated the Calvary Community Church’s ageing sound system. The church, which is situated within a 235,000 sq ft building, has been growing since the late nineties and now sees an attendance of approximately 3,500 people every Sunday.

“The console they had decided upon was a fantastic desk, but it also would have made it difficult to achieve all of their goals for the new console,” explained Neil Penninger, the Account Executive based at GC Pro’s Los Angeles location. “Part of what they were looking to do was increase the I/O count and facilitate recording directly to a Pro Tools system. The interface on the console they were considering would have made that complicated.”

Instead, Neil recommended an Avid VENUE S6L, a modular system with onboard industry-standard plug-ins and Pro Tools integration. “We arranged for Avid to come out and put on a special semi-private demo – one of the first in Southern California for this console,” explained Neil. “The church leaders were all very impressed.”

John King, the Pastor for Worship Arts at Calvary Community Church, stated that GC Pro was able to offer a better long-range strategic solution for them. “We’ve been using two of the consoles by the manufacturer of the first console we had been considering, because we were familiar with its operation,” he recalled. “But what Neil showed us is that the Avid was a platform that would continue to evolve, that it was an ecosystem that would be with us for five or ten years because it would be more upgradable. That kind of thinking is important for a church because of the need to spend so carefully.”

“Every sale isn’t just a transaction – it’s the building block for a bigger, long-term relationship that benefits all of us,” said Neil. “That’s what we do at GC Pro – build relationships.”