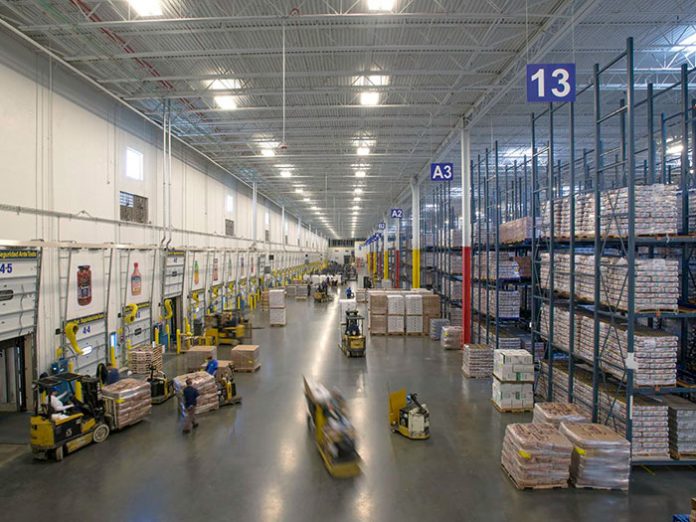 Goya Foods is the largest Hispanic-owned food company in the US. Goya’s new Northeast headquarters in New Jersey, which opened in late 2014, is part of a major company expansion program and totals nearly 900,000 sq ft including office space and a 638,000 sq ft warehouse and distribution centre.

General contractor R.C. Anderson hired AVSI of Edison, New Jersey to design and install voice paging systems in the new facility. AVSI’s Mike Venditte said: “The warehouse was especially challenging with its 50ft ceilings and 3.5-second reverb time. Ambient noise was also an issue,” he continued. “We measured occasional peaks as high as 100 dBA from forklifts and trucks at twelve cargo bay doors.”

To overcome these challenges and achieve Goya’s goals of fully audible and highly intelligible voice paging, Mike designed an audio system based on Community RMG-200AT voice-range horn systems. “Goya had experienced poor intelligibility using standard paging horns in a smaller warehouse,” explained Mike, “So I knew we needed a better loudspeaker for this new distribution centre.”

The system features 30 RMG-200AT loudspeakers arranged to cover the warehouse space while avoiding the many racks of merchandise. Lab Gruppen amplifiers provide power and a Biamp DSP with VOIP module enables paging from facility telephones or a paging microphone. A Gilderfluke tone generator provides alert tones and alarms which can be triggered by the facility security or life safety systems.

“The system easily met the owners’ expectations,” said Mike. “We used very little system EQ yet announcements are highly intelligible and levels are well above the ambient noise.”