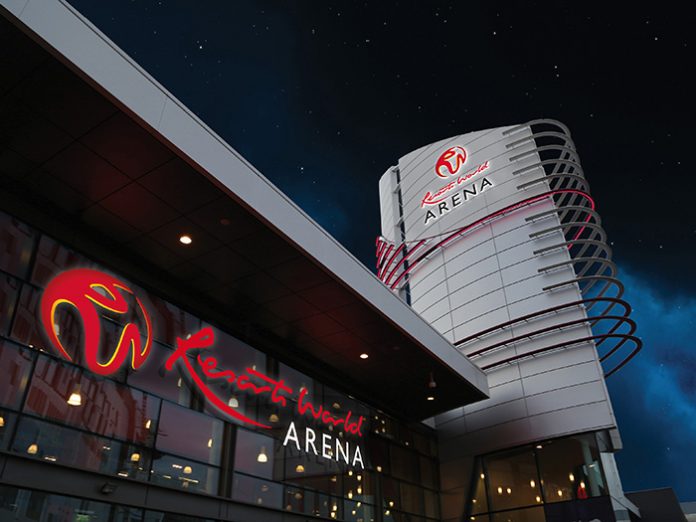 NEC Group, has today announced that the Genting Arena will be rebranded to Resorts World Arena, as part of its continued partnership with Genting UK.

Genting UK has held the title sponsorship of the 15,700-capacity venue since January 2015 and will continue to do so using the new brand name, as a means of aligning it to the popular Resorts World Birmingham leisure and entertainment destination – directly opposite the Arena – which opened three years ago.

The decision also follows NEC Group’s results for the year to 31 March 2018 announced in July, highlighting how attendance at the Group’s two arenas grew by 17% against the previous year to over 1.6 million.

Phil Mead, Managing Director of NEC Group Arenas said: “The alignment of the Resorts World brand to our world class arena will serve both parties well in maximising branding opportunities. Resorts World Birmingham was the first piece of the Group’s leisure strategy to transform the NEC campus into a 24-hour leisure and entertainment destination, and has helped us to increase campus footfall, reaching 7.5 million in 2018.

“As a top destination on many touring routes, the Arena has recently played host to global artists such as Iron Maiden, Paul Weller, Britney Spears and Kylie Minogue and has invested in excess of £3 million in its facilities since partnering with Genting UK, enhancing the customer experience both front and back of house. This, teamed with the outstanding outlet shopping, leisure, and a wide range of bars and restaurants for our visitors over the road at Resorts World Birmingham, makes this an extremely cohesive partnership that’s helping to make our ambitious campus plans reality.”

Ian Bennett, Operations Director for Resorts World Birmingham added: “Resorts World Birmingham will celebrate its third birthday this October and since we opened we have established ourselves as a major destination for leisure and entertainment experiences. Visitors to the Arena are increasingly using Resorts World to add to their visit whether as a pre-event venue or to extend their experience post-show. Therefore, it makes sense to align the two venues under one brand. We are delighted to continue our relationship with the Arena and the NEC Group with this exciting new brand development.”

The official rebrand will commence from 3 December 2018.