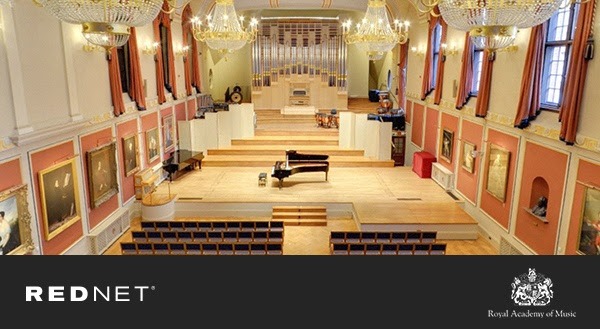 Back in 2014, Royal Academy of Music’s Head of Recording, David Gleeson, faced a dilemma. The Academy’s Jack Lyons Theatre was due to be demolished in the summer of 2015 to make way for a new theatre. At the same time, the Academy’s recording studios and control rooms were to be demolished too. The redevelopment including a new theatre, a recital hall and a recording studio above it, was due for completion in 2017 and subsequently were faced with having nowhere to record from.

Coincidentally, the redevelopment aligned with a major network upgrade at the Academy and so David continued recording while the development was going on. David’s quick thinking resulted in building a Dante-based networked audio system around Focusrite’s RedNet components of which could link the major performing centres at the Academy as well as making it possible to quickly establish a temporary control room.

The system works beautifully and has also delivered a significant increase in audio quality, thanks to RedNet’s superb mic press and the abolition of traditional analogue multi-ways between the locations. Now it’s all done by Ethernet cable.