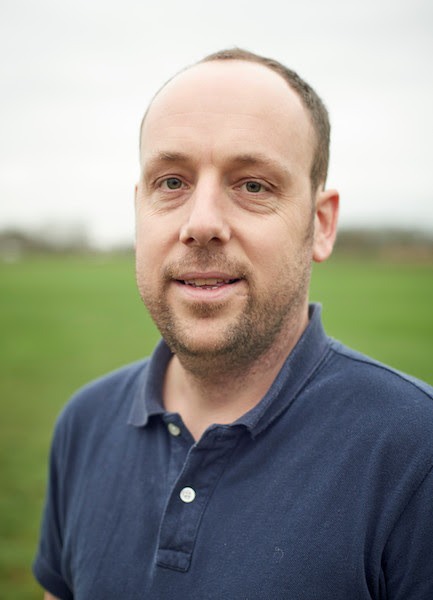 To continue its dedication to support the lighting and stage technology markets, in the Middle East, ETC has introduced Darren Beckley, as its new Regional Manager for the area. He brings many years of experience working in the industry and across the Middle East, to ETC.

In his new position, Darren will be responsible for the sales territory that includes the United Arab Emirates, Saudi Arabia, Qatar, Oman, Kuwait, Bahrain and Iraq. He will be based out of ETC’s London office, with much of his time spent in the Middle East, working in symphony with ETC’s distributors, dealers and integrators.

The son of a Theatre Manager, Darren spent much of his childhood in the theatre, which sparked a lifelong passion for the entertainment industry. After completing his studies, he did a vocational apprenticeship in mechanics and engineering, where he gained valuable fabrication and engineering skills.

In 2002, he joined the rental team at UK-based Stage Electrics, where he worked on equipment and show preparation. He soob became a Customer Service Representative in the Sales department, handling national accounts. Over the next seven years, he continued to progress through the ranks at Stage Electrics, and was promoted to the position of Sales Manager for installation projects in 2010. In that position, he led a team responsible for designing and selling integrated lighting, audio, video and stage engineering systems in the UK, Europe, Africa and the Middle East. In 2012, he established the Dubai branch of Stage Electrics, adding the title of General Manager for the Middle East to his sales management responsibilities.

Some of the biggest projects he oversaw at Stage Electrics include the Guildhall School of Music and Drama in London; the soon-to-open Shukwait Theatre in Kuwait City; Bait Al Barakah Music Hall in Oman; Mid Kent College in Kent, England; and the upcoming Royal Guard of Oman Music Hall.

“Darren joins Southwest Europe Regional Sales Manager Daniele Peroni and Southeast Europe Regional Sales Manager Davide Gabbani in supporting the vast sales territory in Southern Europe, which for many years was covered by our friend and colleague, Fulvio Cotogni, who passed away unexpectedly in 2015. We’re thrilled to bring Darren on board, as he will play an important part in maintaining our high standard of service in the region.” concluded ETC Vice President of Sales Mark Vassallo.