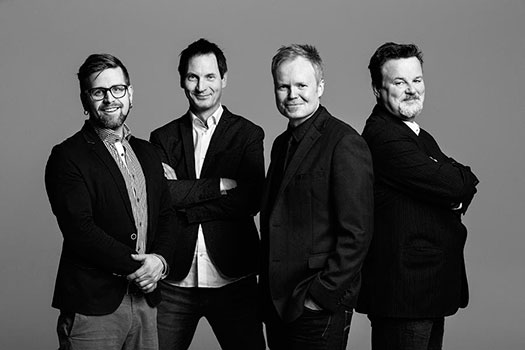 Having established and maintained a strong presence for VUE in Norway, for the past several years, avon’s distribution of VUE products will now stretch to include Sweden; Denmark, including Greenland and the Faroe Islands; Iceland; and Finland, including the Åland Islands, directly and with the help of local vendors.

“Part of avon’s expansion plan includes increasing VUE’s presence in the rental market,” says Edgar Andraa Lien, Co-Founder, avon. “Our goal is to help VUE command the same respect in that market segment as the other well-established brands.”

To help further avon’s successes they recently brought Thomas Züllich on-board. “Züllich previously spent many years as CEO of Meyer Sound in Germany. He is familiar with the Nordic market and has strong contacts in the region,” said Edgar.

According to Edgar, Züllich is not afraid to get his hands dirty and exhibits a depth of knowledge in many disciplines including pro audio rental, sales, hardware and rigging, as well as acoustic design. “His experience as an end-user of PA systems is an extremely valuable asset for us,” Edgar concluded.

“We have been impressed by avon’s ability to establish VUE in Norway. There has been a constant breadth of diverse projects from small scale contracting to high profile events. We’re very excited to see them applying the same level of commitment and professionalism in launching VUE in the rest of the Nordic countries,” commented Kenneth Berger, CEO, VUE Audiotechnik.