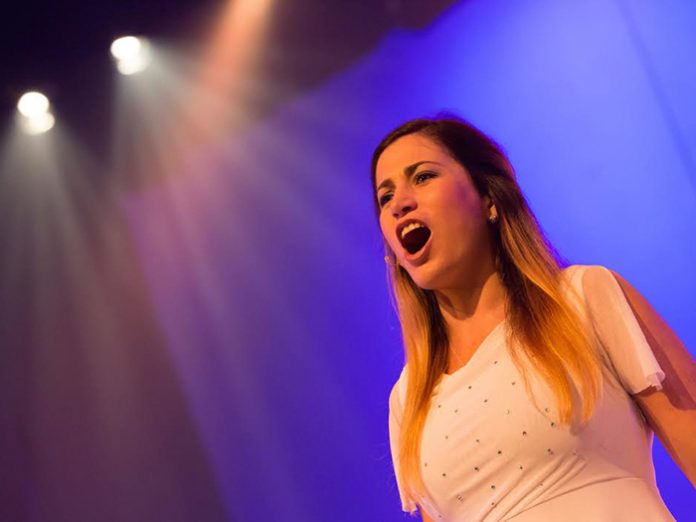 With regular power cuts in South Africa a fact of life, The Guild Theatre in East London had to come up with a solution to an enable the show to go on even during load shedding and thus preventing a loss of precious income. Philips Entertainment Lighting distributor for South Africa DWR Distribution therefore supplied 30 Philips Showline SL PAR 155 Zoom Homogenized LED Par luminaires, which can run off a generator when needed, to the venue.

“The team at The Guild wanted new technology, something that would add a bit of punch, that was flexible, and above all would enable them to run professional looking stage lighting from their generator.” said Dave Whitehouse from DWR. “Originally they considered LED parcans but instead chose 30 Philips Showline SL Par 155 Zoom Homogenised LED PAR Luminaires to meet their needs. These can be manually zoomed from 8° to 40° degrees making them extremely flexible.”

Michael Broderick, a Lighting Designer who does regular freelance work at The Guild and was one of the first to use the new fixtures, commented: “Having recently lit the Queen tribute show, I was pleasantly surprised by how well the Philips Showline RGBW LEDs worked in a theatrical environment.

“The Showline range performed exceptionally, providing more than enough light as well as giving me ample range across the colour spectrum to make subtle but significant colour changes throughout the show,” continued Michael.

He said all the onstage lighting including the cyclorama – save for a gobo wash and a few specials – were comfortably handled by the Showline RGBWs. “They are solid, reliable and very handy fixtures.”

The Guild is Michael’s favourite theatre in South Africa to work in. “The theatre may lack the technology that other government subsidised theatres have, but the staff easily make up for this with their passion, dedication and commitment,” he said. “I am always treated with great respect and I am made to feel like one of the family every time I work there. It is a home away from home.”

Dave Whitehouse has a history with The Guild going back to the 1980s, where he worked as a Lighting Designer in the theatre for CAPAB. “Indeed, they are a great bunch of people to work with and we are very grateful for their support,” said Dave.