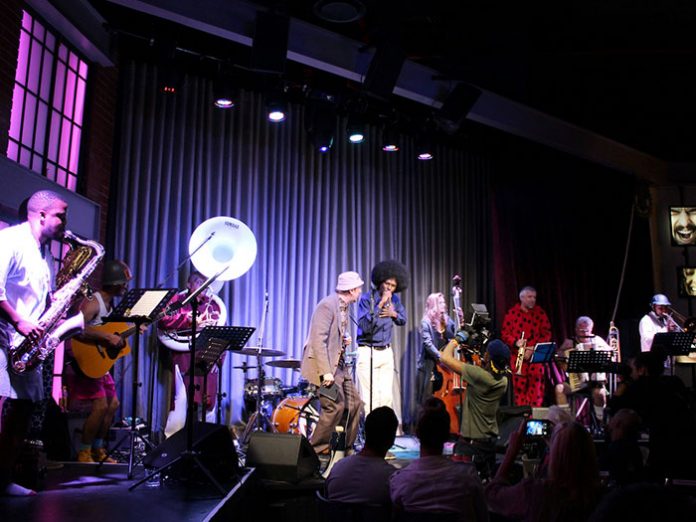 The Roast Café and The Goliath Comedy Club, in association with The Venue, opened in Melrose Arch, Johannesburg in May 2016. DWR Distribution was proud to supply the Robe lighting installation and a DiGiCo S21 sound console.

Tony Raciti of The Venue along with The Goliath Brothers were approached to take the space which was a former restaurant, and convert it into a comedy club where wholesome food with a touch of Mediterranean, Asian and Mexican, would also be served. Needless to say, you won’t find better coffee anywhere else! The interior design was by Refined Existence In Space.

Schalk Botha from DWR gave a brief introduction of the installation process: “We installed three lighting bars manufactured by Rob Young and his team at our office. We incorporated two Robe Robin miniPointes, 2 Robin LEDBeam 100s, a Robin DLS, a Titan One control system, a Le Maitre MVS Hazer and a DiGiCo S21 for sound. A mixture of Longman LED fittings also forms part of the rig. Tony likes LED technology and all the fixtures expect the miniPointes are LED. That said the mini Pointes are known for their exceptionally long lamp life.”

Schalk stated that Kyle Robson, also from DWR recommended the DiGiCo S21. The reason being was because the Roast Café needed a console that would not only accommodate comedy but also live acts such as bands which will take to the stage. The DiGiCo S21 console allows a preset setting for the various events making it easy for any operator to use.

Kate Goliath from Goliath and Goliath commented about how thrilled she was: “The technology is amazing and all performers have been blown away. Artists have appreciated being on stage and being able to look out at the audience and see everyone. This enables them to feel the crowd. The lighting has also created a warm and inviting space and for the performers, this is spot on.”

Additionally, the resident DJ Manny will operate both the lighting and sound consoles.