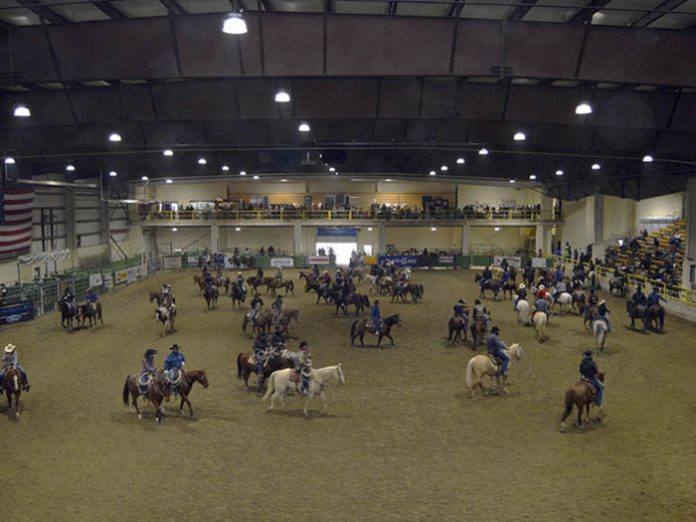 Sitting near the bustling crossroads of I-80 and US-95, the Winnemucca Events Centre in North-Central Nevada is the area’s most popular setting for car shows, wrestling matches, archery challenges, rodeos, high school graduations, and more. Its indoor events centre can accommodate up to 5,000 with the retractable bleacher in place, plus seating on the temporary floor. The flexible surface can accommodate the dirty romance of a rodeo, the proper pomp of a graduation ceremony, or anything in-between. Until recently, however, it had an unreliable, low-intelligibility sound reinforcement system. AV integration firm Focus Partners of West Richland, Washington (with offices also in Boise and Nashville), designed and installed a state-of-the-art Danley Sound Labs system that’s capable of highly-intelligible spoken word and compelling musical reproduction.

“The previous system was original to the Winnemucca indoor event space, making it close to twenty years old,” explained Joel Moak, systems consultant with Focus Partners. “Several components were simply broken, and the rest were full of dirt. For most events, the operators brought in a portable sound system, but it always elicited complaints. In 2017, I met with Kim Peterson, director of the Winnemucca Convention & Visitors Authority. He didn’t want a new sound system that would be merely passable, he wanted a legacy sound system that would be the envy of every comparable facility in the state of Nevada!”

Joel continued: “I’ve done side-by-side comparisons between every possible pro-level sound reinforcement system out there, and nothing compares with the fidelity and output of Danley’s patented designs. Those qualities are especially astounding given Danley’s generally smaller footprint, which was important in this situation. I arranged a demo involving a Danley SH96HO full-range, high-output loudspeaker and two Danley TH118 subwoofers, and Kim was appropriately thrilled with their clarity and impact.” To finalize the design, Moak turned to Danley’s powerful (but free) Doug Jones-designed acoustics modelling software – Danley Direct. He concluded that a centre cluster would provide the best coverage and flexibility to accommodate the centre’s myriad event types.

Four Danley SH96 full-range loudspeakers cover each cardinal direction from the centre of the arena. A pair of beefy Danley TH118 subwoofers round out the low end for a complete, hi-fi sound, and a single Danley OS80 loudspeakers fire straight down from the centre to cover the floor. Where support beams create shadows from the main cluster and for two upper balcony sections at the ends of the arena, Joel deployed additional Danley OS80s with appropriate delays to match the arrival time from the main cluster. In addition, four delayed, down-firing Danley OS12CX loudspeakers cover the lobby, and two pairs of two Danley OS80s each cover the outside of the building. Finally, an outdoor staging area, most commonly used by cowboys preparing for rodeo events, is covered by a Danley OS12CX.

Two Danley DNA 20k4 Pro amplifiers deliver 5,000 watts each to eight channels, and two Danley DNA 5k4c amplifiers deliver 1,250 watts each to eight channels. “In addition to providing abundant, clean power, plenty of loudspeaker and circuitry protection, and custom DSP presets for every Danley model, the DNA amplifiers give us the ability to log into the rack computer,” Joel said. “We use Danley System Engineer to check the status of each amp.” Focus Partners gave the Winnemucca Indoor Events Center complete, yet intuitive control of the system with a Q-Sys Core 110f. Joel continued: “A non-skilled operator can simply select the event type and coverage needs, and the system takes care of itself. They can control which speakers are on or off to deliver coverage where it is needed and to avoid energizing areas where it isn’t needed.” An Allen & Heath QU16 digital console serves as the main interface for more skilled operators during more complex events.

“Kim and everyone else on the team are thrilled with the sound quality,” Joel concluded. “The technical director of the area high school sports network told me that he regularly works every facility in the county, and Winnemucca’s system is by far and away the best he has ever heard.”