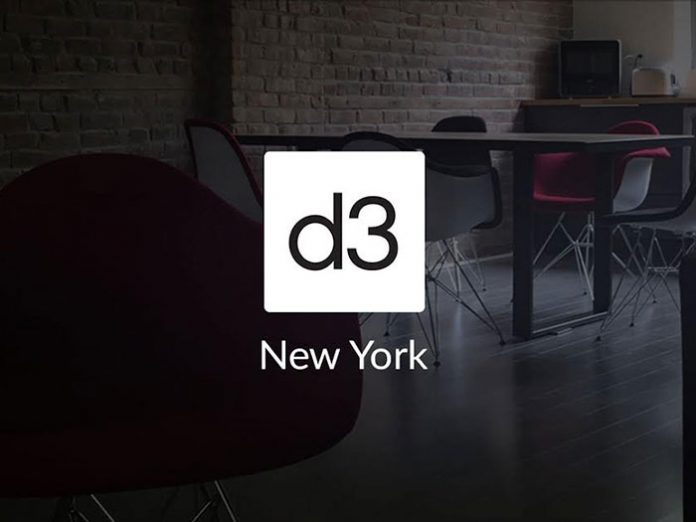 2016 has seen rapid growth for d3 in America, with it becoming the media server of choice for many of its high profile events. Credits include the GRAMMYs, Seattle Opera, Beyonce’s Formation World Tour and the MTV Video Music Awards. Growth is set to continue for d3 Technologies in the USA; the New York team at d3NY is expanding with a wealth of talent and experience, our training sessions have increased, and we’re now awaiting the anticipated opening of d3LA, which will take place in early 2017.

The New York team have recently opened their collaborative work space, located on 343 Grand Street in Williamsburg – Brooklyn, NY. In embracing the innovative culture of d3, the space is not being used as a ‘traditional’ office environment; instead, it aims to be a social hub to bring the East Coast’s d3 community together.

The team have created a relaxed, open environment, where users can come together to work on their projects with experts nearby, demo to their clients, build out racks for shows, attend training, evaluate new software releases, and socialise with other d3 users.

Most recently, Ulla Winkler and team, visited d3NY to work on a project for iconic fashion brand, Rag and Bone, as part of NYC Fashion week; Matthew Houstle and Robert Figueira came in to preprogram Katy Tucker’s design for the world premiere of the Ouroboros Opera Trilogy; during the VMAs, users Ben Keightley and Zach Peletz participated in an R14 evaluation session with UK-based developer Andy Briggs.

Due to a huge increase in demand, New York’s training now takes place, the first week of every month. Chet Miller has come on board to head the region’s Training and Support.

Chet comes from an extensive background of sound design, projections engineering and programming. Originally from New Mexico, he holds a BS in Technical Theatre from Doane College and an MFA in Production Design from Ohio University. As a technician, Chet has worked regionally and throughout NYC in venues such as Long Wharf, The Public Theatre and New World Stages. Due to his extensive practise in using d3, Chet brings a wealth of experience to this new role.