When you have a destination as impressive as the Hard Rock Cafe Hollywood located inside the Seminole Hard Rock Hotel & Casino, it only makes sense that the sound system delivering music to your ears would be the best available with Clair Brothers.

On the heels of Clair Brothers gear installation at the Hard Rock Cafe Atlantic City, the integration/installation company on the Florida project was AVI-SPL Special Projects Group led by Operations Manager Ed Sullivan. In the midst of the $1.5 billion dollar expansion of the world’s first guitar-shaped hotel, the Hard Rock Cafe is one of the latest additions to the casino area.

The casino floor’s ambience can certainly affect the acoustics of a restaurant and music venue, and this room was designed to have a live acoustic character.

“It’s a bit of a challenging venue for audio because of its lively restaurant environment. It requires a delicate balance between the interior design and the production needs of achieving great live stage sound. Hard Rock places equal importance on how the room’s interior looks with regard to high-level design and how excellent the room sounds during shows,” said Tom Knauss, principal consultant at KMK Technologies, the audio consultant firm hired by Hard Rock to design the new system.

According to Josh Sadd, Chief Design Engineer at Clair Brothers: “The stage is completely surrounded by a restaurant and bar so one of the biggest challenges was maintaining a consistent sound for someone sitting at a table right in front of the stage, and a table 12 ft away, and someone else at a table in the back, let’s say 125 ft away. That challenge was well met by the capabilities of this C8 system and the particular ability for us to control the sound in the vertical plane. This is due to the new component and waveguide type that we’re using at Hard Rock Cafe. In that regard, maintaining a balanced sound throughout the room, which would otherwise be difficult using a different speaker system, was easily achieved based on our array technology.”

“They say in sound it’s better to have more than you need than to need more than you have,” said Ed. “At Hard Rock Cafe there’s no chance of the latter. The system was designed with plenty of headroom, and the Clair C8/C118 PA has met or exceeded expectations in every respect. The main system was assembled and tested at the Clair Brothers facility in Manheim, Pennsylvania, and the Lab.gruppen amplifiers, with Lake Processors, were configured and tested along with them. Each box came with a quality control certificate initialed by Josh, whom made the trip to Hollywood, Florida to do the final test and adjustment with my AVI-SPL crew in the venue.”

Despite several unforeseen construction delays and a resulting ship-to address change, the Clair Brothers team was able to roll with the punches and deliver what was needed. “I can’t say enough good things about our experience with Clair Brothers on this project,” concluded Ed, “and I look forward to seeing more of their amazing products in our installations!”

Josh added: “This was our first time working with Ed Sullivan and AVI-SPL. He and his team did a great job with the installation and we look forward to doing more with them.”

According to Jack Covert, systems designer at KMK Technologies, “Not a single negative word or problem has been raised by the production or management team at Hard Rock. Usually there’s a minor tweak or two to be made once a system is up and running, especially in such a lively environment. But not this time. The Clair Brothers array technology really came through!” 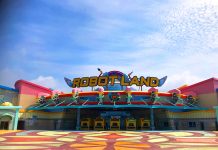 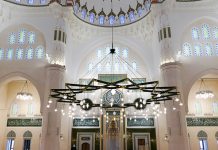