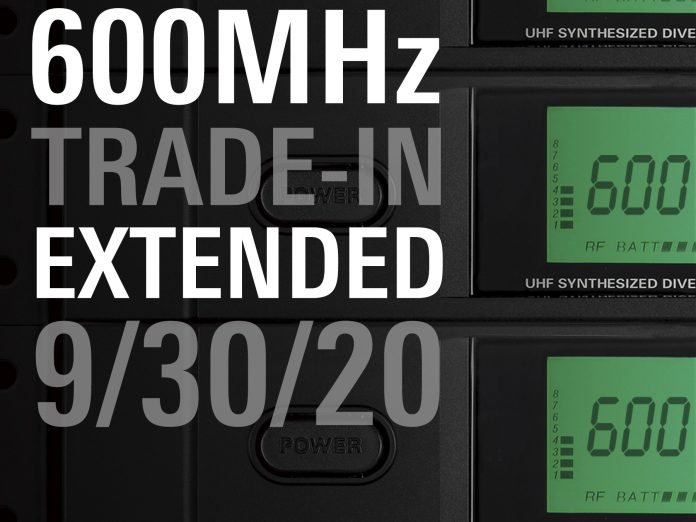 Audio-Technica has extended its existing trade-in program for 600 MHz wireless systems through September 30, 2020. This initiative was designed to help end users transition out of illegal wireless systems operating in the 600 MHz band (614 to 698 MHz), mandated by law as a result of the ongoing FCC wireless spectrum reallocation.

The official cut-off date for any wireless system operating in the auctioned portion of the 600 MHz spectrum is July 13, 2020, including any device capable of tuning into that spectrum even if not being used.

Gary Boss, Audio-Technica Marketing Director, Professional Markets, remarked: “We understand that many customers have been unable to access their 600 MHz systems during the lockdown caused by the global pandemic. We decided to extend our rebate for these customers with 600 MHz systems that have been rendered illegal during this crisis.”