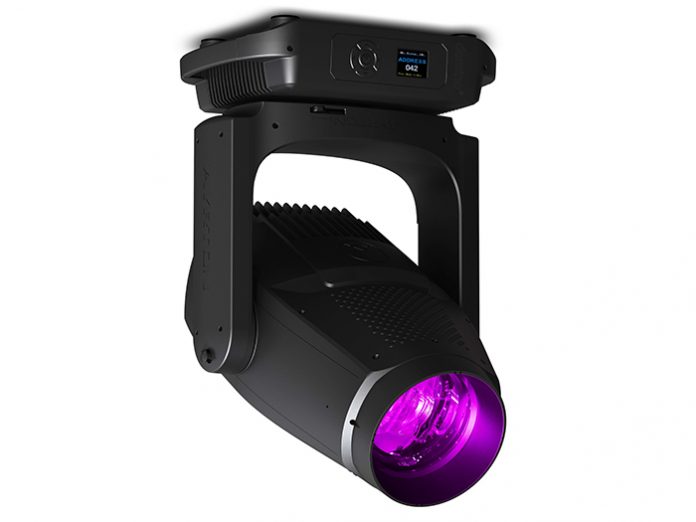 Ayrton has announced the arrival of the latest in its series of IP65-rated fixtures, Domino – The Master of the Elements. Building on the huge success of Perseo, Ayrton’s first IP65-rated fixture, Domino delights in dominating the most extreme environments while delivering the most stunning effects.

Delivering a massive 51,000 lumens from its 1000W LED source, Domino is a versatile fixture that combines the output and optics of Huracán-X with the feature set of Khamsin, in an IP65-rated body. Designed to operate in the most extreme situations, Domino can resist hot or cold temperatures, wind, rain, hail, salt fog, sand and dust. It can withstand arid environments, heavy rainfall, and sudden climatic variations.

Ayrton has included all the weatherproofing features of Perseo and given it the same minimalist design, reduced visual footprint and, for maximum effectiveness, a liquid cooling system with six IP68-rated submersible fans outside its weatherproof enclosure.

Fitted with a 178 mm frontal lens, Domino’s proprietary optical system uses 13 lenses, producing a 10:1 zoom ratio and a zoom range of 6° to 60°. The exceptional optics deliver an extremely uniform flat beam with no hot spot and reproduce high-definition images over the entire zoom range.

Feature-rich from the factory, Domino has a sophisticated subtractive CMY colour mixing system combined with a variable CTO and a wheel with six complementary colours for infinite pastel and saturated colours. The framing section allows accurate positioning of each of its 4 shutter blades across a 100% surface area. The image section includes 14 interchangeable HD glass gobos on two wheels. The effects section contains two dynamic effect-wheels with continuous movement in both directions, a CMY multi-layered wheel for creating multi-coloured effects, a standard monochromatic effect-wheel, a 15-blade iris diaphragm, two frost filters (for light and heavy diffusion), CRI and TM30 optimising filters, two rotating prisms (one circular with five facets and one linear with four facets), a dynamic sparkle effect with speed and fade adjustment, and an electronic dimmer.

Weighing in at 52kg, Domino is designed for stadium-sized settings and intensive outdoor use. This Master of the Elements is ready to take on the most extreme conditions and is shipping with immediate effect.