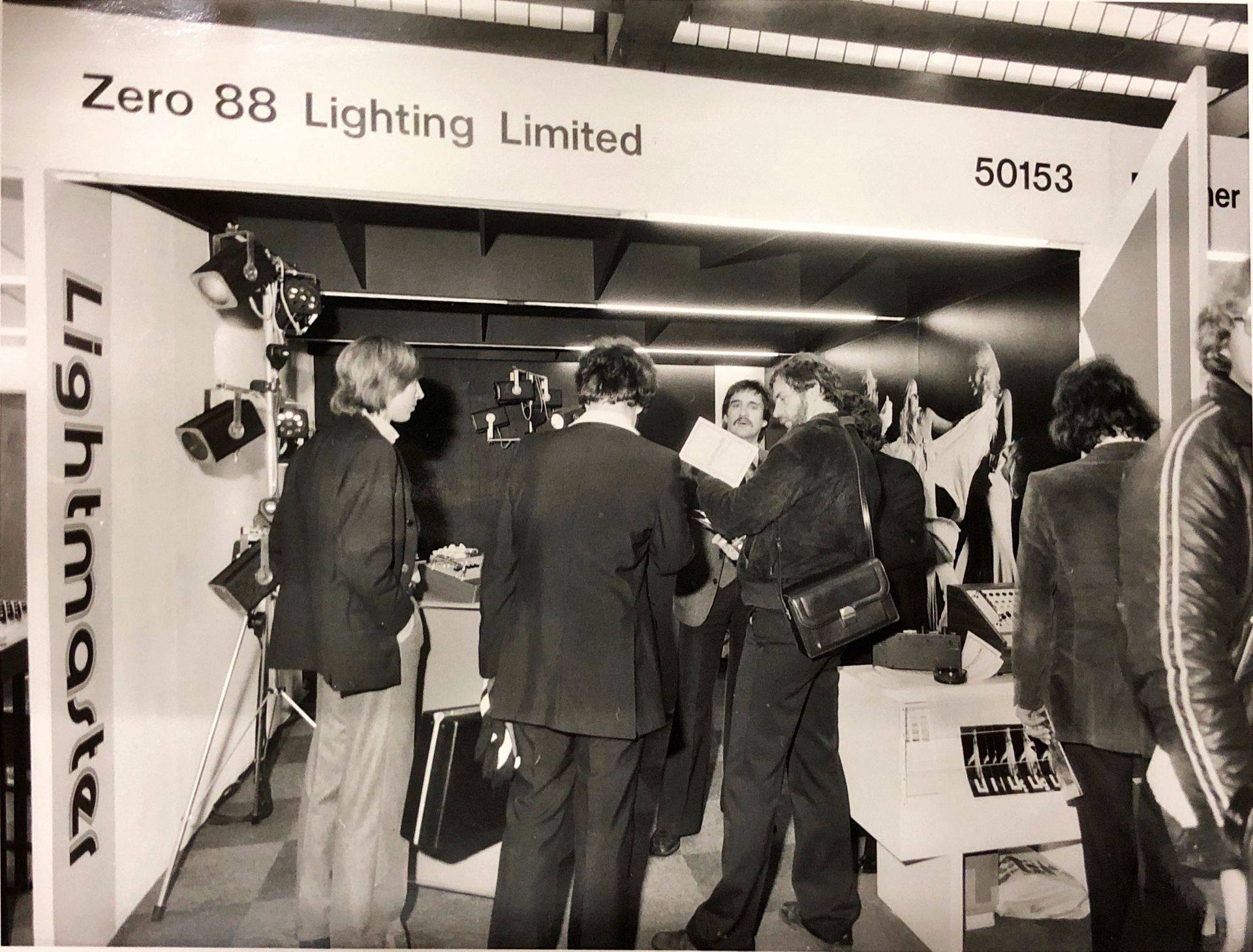 Zero 88 was first established almost 50 years ago in St Albans on 24 October 1972. Between ‘72 to the early ‘80s, the company focussed both on theatrical lighting and lighting effects used within nightclubs. These quickly merged together, becoming popular in TV such as Top of The Pops and in live music. Zero 88 was one of the first control manufactures to apply microprocessors to the control of lighting, and it still has consoles from 1970 listed on its website today.

Zero 88 was growing so fast, it needed more manufacturing space, so the company expanded to Cwmbran – part of the Welsh Development Agency’s approach to encourage manufacturing in Wales was making space immediately available for rental. There was a period where both St. Albans and Cwmbran were used, until finally moving fully to a large building in Cwmbran, where the company currently calls home.

Zero 88 developed an export business from the early years, initially in Europe and then during the 1990s it built its footprint in the Middle East. The company was also one of the first lighting control manufactures to start exporting to China in the 1990s.

Something you might not know about the company, is where the name comes from. The founders were driving down Uxbridge Road in the UK and passed an office called ‘Link 52’. That gave them the idea. “We used ‘Zero’ because we started from nothing. We were going to use ‘72 but thought that dated it. We decided ‘88 was far enough away for us either to have gone away completely or made a roaring success of the business,” explained one of Zero 88’s Founders.

Its focus is on simplicity and accessibility of the latest lighting techniques by supplying reliable, UK design and built products. The company supplements this with a deep commitment to training and support resources along with an industry leading three-year warranty.

Some of its latest software developments show this perfectly – the patented multi-touch colour interfaces, and ‘RigSync’ – possibly the most advanced and integrated implementation of RDM in the world. The company does all of this whilst committing to the local community and the environment through blood donations, collections for shelters and charity runs, and also, the factory is ‘Zero Waste to Landfill’, with year-on-year targets to reduce all forms of energy usage.

2020 has, of course, been hugely difficult for everyone, but Zero 88 are fortunate in that its offices and factory has remained open throughout, with no reductions in staff. With a small, focussed team, it has allowed the company to navigate and adapt quickly to the needs of its users. In lieu of tradeshows, Zero 88 also hosted an online, interactive event called ‘Live at The Congress’ and also put on the largest training program it has ever ran – including one-to-one consultations and a range of on demand video training sessions.

Some more big news for Zero 88 this year was the move to Cooper Lighting Solutions. Earlier in the year, the company left Eaton and became ‘Cooper Lighting Solutions’ – a company of approximately 5,500 staff, with offices across the world, who are focussed on all aspects of lighting. Although there have been many acquisitions, name changes and company restructures in the background, the Zero 88 team has remained very tightly focussed on its customers. Zero 88 has evolved an ever-closer working relationship with its sister brand, iLight to ensure a coherent range of products across entertainment and architectural lighting.

Some of Zero 88’s stand-out products include ‘RigSync’ – software which automatically addresses, patches and manages a lighting rig with absolutely no user interaction or understanding of DMX. When it was launched, the team enjoyed demoing it to anyone and everyone who walked past various tradeshow stands, and the reactions were invariably fantastic.

The company has also been involved in some incredible projects, too, including the Edinburgh Festival Fringe – the single biggest celebration of arts and culture on the planet. Zero 88 provide onsite support and training to over 100 Edinburgh venues using its control systems throughout the festival.

Looking to the future, along with the rest of the industry, the company is focussed on navigating its way through the worldwide pandemic, concentrating, more than ever on supporting customers and supplying affordable, reliable products for shows and events, as they start back up.