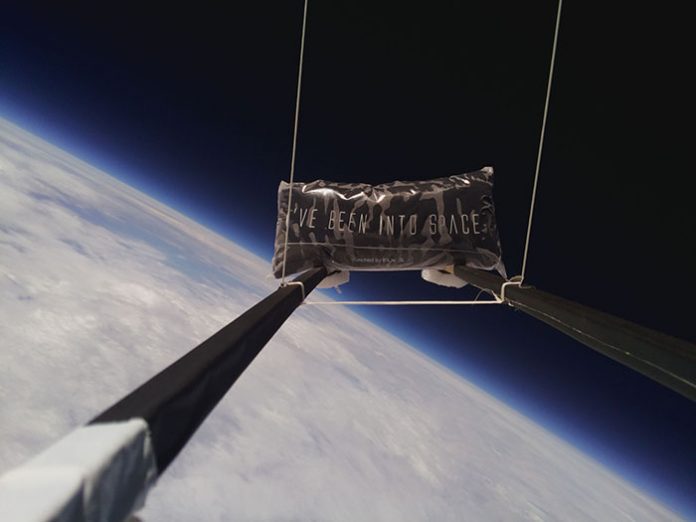 A Zero 88 FLX S24 console was utilised to launch a high altitude balloon into near space –reaching the stratosphere at around 30 kilometres – complete with an FLX S Range T-shirt as part of the payload.

The balloon was then filled with pure helium – to about 30% capacity to initiate the launch, and released via an electric kabuki relay triggered by the FLX S24 console.

The balloon reached the 30 Km mark in 1.45 hours (the standard commercial flight cruising altitude is around 9.2 Km so it went three times higher) … presenting plenty of opportunities to get some awesome camera shots and video footage of the journey with the earth in the

The eventual touch-down was near the town of Nettleton, Lincolnshire, 44 miles away from the Launchpad, around 12 miles from the sea, and an hour and 16-minute chase for the four space adventurers to retrieve the T-shirt together with the rest of the payload.

The astro FLX S Range T-Shirt will be offered as a competition prize via Zero 88’s social media channels.