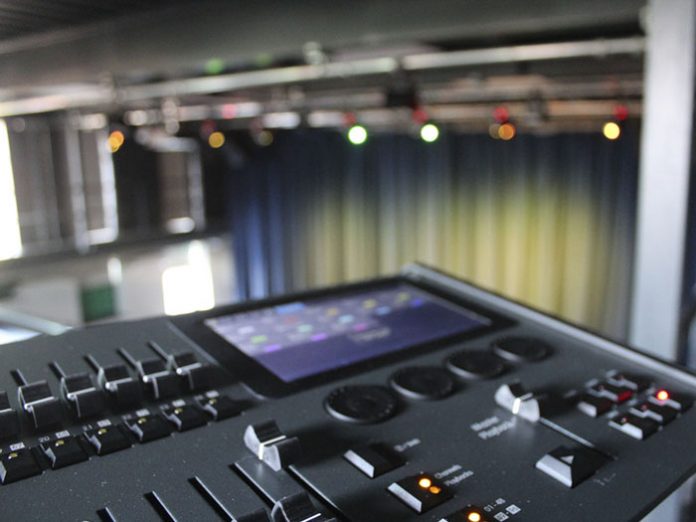 The school, founded in 1937, is an established, respected and thriving co-educational prep school for around 300 children aged 3 to 13. As part of a commitment to deliver a stimulating and vibrant educational and developmental environment for its pupils, last year St Andrew’s invested in a brand new, 230 capacity purpose-built state-of-the-art theatre – the Little Field Theatre – and rehearsal space in its 11-acre grounds.

The venue’s technical specification – including the Zero 88 elements – was delivered by consultants Theatre tech who designed the production lighting, sound and comms systems. A tender issued for the equipment supply was won by HTS who liaised closely with both the consultants and the client. HTS completed the installation and commissioning of the equipment on site.

HTS’s Reg Berry explained that the FLX S48 provided an ideal lighting control option due to its “clever but simple” approach to controlling a combination of different light sources including LED and tungsten units.

In this case, the client also had several tungsten ‘legacy’ fixtures from their previous drama studio (Jnr School Hall) that needed to be integrated into the new theatre system, together with some new LED PARs, Selecon Acclaim fresnels and profiles.

The two Zero 88 Bypass dimmer/switchpacks provide dimmed and hot power for the lighting rig, making it straightforward to power both old and new fixtures, and a Zero 88 rack Split2:8 RDM device is used for DMX distribution. This set up also means hassle-free integration of more LED fixtures, moving lights, etc., in the future.

HTS has itself specified and supplied several Zero 88 FLX consoles to a variety of projects in the last two years. Reg commented: “FLX is a highly practical, well-thought-out cost-efficient console that’s easy to understand, programme and operate and ideal for this type of scenario.”

The School’s Head of Drama is charged with the day-to-day running of the theatre’s technical elements and Reg and the HTS team have also trained up key teaching staff on the lighting system and FLX. “They don’t have much time, so something uncomplicated but powerful enough to operate modern stage lighting effects has really ticked all the boxes!”

The Little Field Theatre is a much-coveted addition to the school’s many facilities and is now in use daily for theatrical productions, events, visiting speakers and announcements.

HTS also has a few FLX consoles in its own rental inventory – the company is known for its attention to detail and dedication to providing the highest standards of service – HTS can provide full production and event hire packages, including technical design, coupled with an extensive sales and installation business.

St Andrew’s school is a flagship installation for HTS, demonstrating their ability to complete full production and technical schemes to very high standards. “We have many years of experience and knowledge in our team and really enjoy working on projects like this” he concluded.

Reg himself has been specifying and supplying Zero 88 products for over 20 years and comments that the brand has maintained an “excellent reputation” throughout that time, and that the FLX range of consoles – launched four years ago – has “added substantially to that”.

He likes Zero 88’s people-and-products focussed approach and friendly attitude coupled with their own passion for their products, and still has fond memories of winning the Zero 88 Go-Karting Challenge Cup … back in 1999!