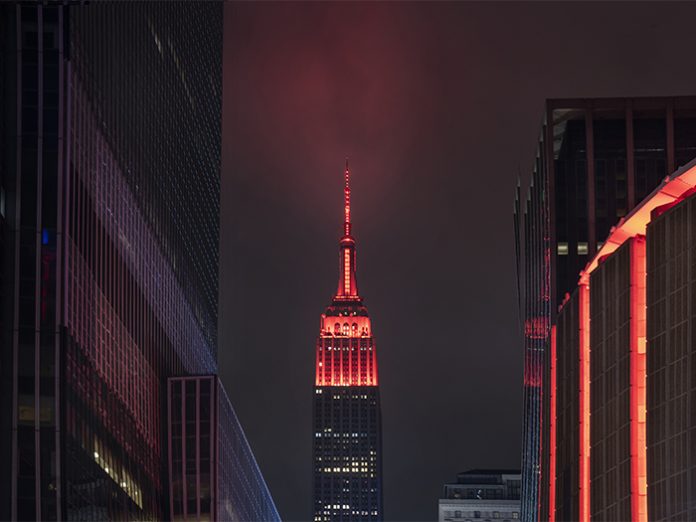 The #WeMakeEvents campaign has been ramping up activity in order to highlight how the global live events industry urgently needs to get back to work. Over 30 million people in 25 countries would usually work in the events industry, but with social distancing measures in place, there is no possibility of a financially viable return for the foreseeable future.

Over the past weeks, events have happened around the world, including in the U.S., Canada, Sweden, France, Germany, Spain and UK, to raise awareness of those impacted in the event supply chain, from manufacturers, production companies, catering, transport, security and others, to the huge freelance community that works within the industry.

The majority of the industry has had no income since the beginning of the crisis in March, and with a global second wave of COVID-19 imminent, a date to return to work has become impossible to predict, leaving many companies and individuals devastated, both financially and personally.

“The situation in Spain is terrible and we’re working very hard to highlight that to our government,” said Juan Jose Villa, from Spanish trade association, AFIAL. “Our event on 17th September got coverage on most of Spain’s regional television and radio stations, and we believe that we have shown how important live events are to the Spanish economy.”

The industry is now joining together as a worldwide force on the 30th September for a Global Day of Action. This marks the start of a new phase of the campaign which will continue to alert governments to the disastrous situation the sector faces.

In the UK alone, the DCMS’ figures state the Cultural Sector’s value exceeds £100 billion and was the fastest growing sector in 2017 and in 2018, the outdoor events industry attracted a staggering 141.5 million visitors. Despite this, the sector does not receive arts grants, which means that the recent £1.57 billion bailout is not reaching the highly skilled people, manufacturers or the huge supply chain of businesses that enable the sector to operate. When this supply chain is taken into account, the number of people affected nears one million and threatens to destroy all of their livelihoods, as well as the future of live events in general.

“In 2019, we turned over between £3 and £4 million in the corporate events market,” said Bryan Raven, Managing Director of White Light. “This year, in the same time period, we have turned over just £8,000. At the beginning of the year, we employed 260 people. It doesn’t take an accountant to do the maths and realise it’s not financially viable to keep a company going under such circumstances. The result is that we have already had to make 67 staff redundant and, unless the Furlough scheme in the UK is extended or replaced, a further 50 roles are at risk. It’s tragic to see our company go from being highly successful to this in a matter of months.”

#WeMakeEvents is now calling on governments worldwide to extend significant financial support for the people and companies in the events sector supply chain until they can viably return to work.

At 8pm local time on 30th September, event professionals from thousands of cities across more than 25 countries will come together to Stand As One for the Global Day of Action.

The ‘baton’ will be passed across different time zones and feature creative activities, which include:

• Shine a Light – strategically placed shafts of white light will be beamed into the night sky, with each one signifying potential job losses.

• #LightItInRed – venues and structures will be illuminated red with the #WeMakeEvents signature expression of Red Alert.

• Inside Out – images of what would have been taking place inside a venue will now be projected onto the outside of empty venues, reminding us what we are missing and what may never return.

“What people really don’t understand is what events contribute to the world, financially, spiritually and emotionally,” concluded Michael T Strickland, Chair and Founder Bandit Lites in the USA and a leading voice in the US RESTART campaign which is aligned with WeMakeEvents. “We really are a global industry. The impact to us is devastating right now, with 77% of people in our live events industry having lost 100% of their income due to the inability to work due to social distancing regulations, but the impact on the world if the industry disappears will be equally devastating in many ways.

“It’s incomprehensible that governments do not understand the economic value of the events industry as a whole – from festivals, tours, conventions to corporate events. We are a solid financial investment and will be able to contribute far more to a global recovery than we will cost in the meantime.”

To find out how to support the campaign and what you can do on the 30th, please visit www.wemakeevents.com