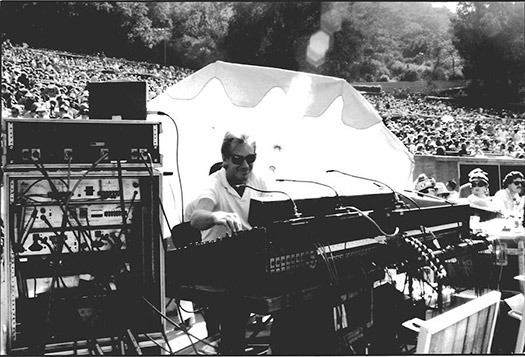 VUE Audiotechnik has announced that it has added Greg Kirkland to its Technical Sales team. Greg brings with him more than 30 years of experience in Sound System Design and Engineering, sees to expand VUE’s technical support for larger design firms and projects.

Greg has been responsible for designing, installing and programming audio systems in world-class performance venues as well as engineering live shows throughout Europe, the Middle East and Asia. He has mixed tours for Liza Minnelli, Andy Williams, Burt Bacharach, Julie Andrews, Rosemary Clooney and Creedence Clearwater Revisited, among others.

As a founding partner of Thomas Gregor Associates, Kirkland designed and programmed audio systems and oversaw production of the companyies larger and more complex projects for clients including the Academy of Motion Picture Arts and Sciences, Boeing, Universal Studios and Cedars Sinai to name a few.

“We are extremely excited to have someone with Greg’s extensive background to help VUE fully support the larger projects we are working on,” said Ken Berger, CEO, VUE Audiotechnik. With his substantial skills in design, production, and management, he will be a key part of growing our relationships with leading acoustical consulting firms throughout the world.

Greg has extensive experience with cruise ship systems including new-builds and refits in various capacities including systems designer, engineer, programmer, and commissioning. His company, Thomas Gregor Associates, was awarded the 2006 ARCHI-TECH magazine Award for Princess Cruise’s industry first Movies Under The Stars outdoor cinema venue. Greg was also responsible for the groundbreaking design and implementation of the initial shipwide all digital audio distribution network – a first in the industry.

“Having worked in this industry as someone that both designs and uses PA systems, I knew that VUE would be a great fit for me professionally,” said Greg. “My objective was to work with a company on the cutting edge. What VUE has accomplished in technology and market positioning in such a short period of time is clearly the opportunity I have been looking for.”