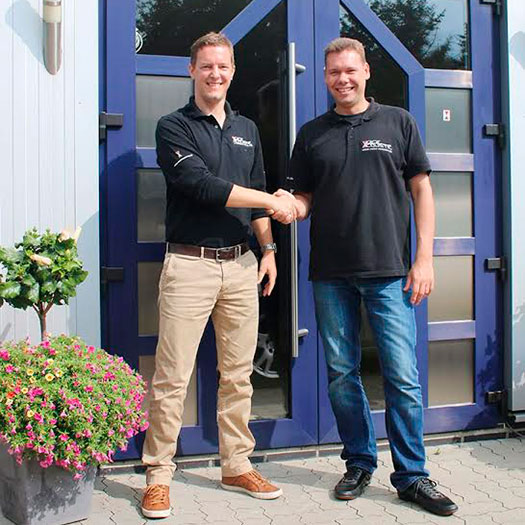 In particular that includes the set up of sales channels, media-/press work, making contacts to AV consultants and decision makers for projects and support for product certifications.

Based upon a background of seven years with Kling & Freitag SoundSystems, Michael stated: “When I met the Voice Acoustic team a few weeks back I really had kind of a Déjà vu – the whole set up reminded me of the early K&F when I joined them in 1999. When I left Kling & Freitag in summer 2006 it was a well renowned international brand with plenty of high profile reference projects. As everybody can guess our goal with Voice Acoustit is not less than that.”

Stefan Rast, Founder and Owner of Voice Acoustic, visited Frankfurt Pro Light + Sound for the first time already at the age of 14 and set up his first business only four years later.

At the beginning he did sales and rental of audio systems, in 2004 he took over the german distribution for Audio Performance and finally founded Voice Acoustic in 2006.

“During the first years we’ve mainly sold our systems directly to end users, only recently we opened up sales channels into international markets like Switzerland, Russia and Korea. A few months after last Frankfurt show Pro Light + Sound we met Michael who had just set up his own company near Hamburg, which is not far from us, and it clicked right away. We’re really excited to work with Michael and to develop our international business over the next couple of years,“ concluded Stefan.