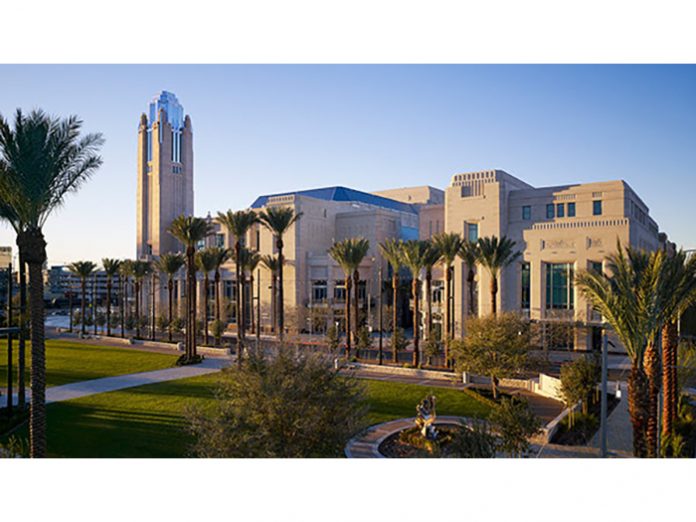 Las Vegas is a city of innumerable venues, yet the 2,050-seat Reynolds Hall in Las Vegas’ Smith Center for the Performing Arts stands out as a consummate showcase for entertainment and culture.

Although the prior Meyer Sound MICA system had served the hall admirably since opening, Head of Audio John Trace was taken aback by the improvement.

”When we first listened to the LEOPARDs I was immediately struck by the clarity and detail,” he recalled. ”I was hearing things I’d never heard through a PA speaker before. The response was crystal clear on the high end, and the low-mids were well controlled even though we have very long arrays due to the height of the room. I’d never heard a system that flat before, right out of the box.”

John, who mixes on the system regularly, uses an automotive analogy to describe the experience. ”At first the speed of the LEOPARD system — the responsiveness of it — was a little shocking. It really handles like a sports car. As soon as you put your foot on the gas, there it is. Looking at the box you wouldn’t think it could go ‘zero to sixty’ the way that it does.”

”LMBC is exactly what we needed for these very long arrays,” noted John, ”because all line arrays will have a characteristic midrange boost in the centre. The difference is subtle if you are sitting in one place, but if you move from the front row to the back you notice that the midrange is more consistent throughout, from front to back and top to bottom. LMBC does exactly what I needed it to do.”

John reports that some visiting FOH engineers have found the effect of LMBC somewhat befuddling. ”Usually, with long arrays, they feel they have to make it right, to find out what you have to fix. But here, they found they didn’t have to fix anything.”

Most fill and delay systems were carried over from the original Meyer Sound installation, with some modifications to conform to the new array coverage. Front infills are UPQ-1P loudspeakers, with nine UPM-1P loudspeakers for the full power front-fill configuration or 17 MM-4 for the pit rail in the Broadway configuration. UPJunior and UPJ-1P loudspeakers are mounted as the house fills and delays, with four Galileo GALAXY network processors assigned to system drive and optimisation. Two 700-HP subwoofers can be added for heavier rock acts, and an assortment of six different UltraSeries loudspeakers are available for flexible deployment as needed.

A sampling of acts using the new LEOPARD system includes Jethro Tull, Yes, Postmodern Jukebox, Jackson Browne, and the Celtic Woman Homecoming Tour. Touring Broadway productions expecting to use most or all of the system include The Colour Purple and School of Rock.

The original Meyer Sound systems remain hard at work in the Smith Center’s two smaller venues. The 250-seat Troesch Studio Theatre deploys a reconfigurable system based on four UPJ-1P loudspeakers and two 500-HP subwoofers. The Cabaret Jazz venue has M1D line arrays (seven per side) and four 500-HP subwoofers along with UPM-1P and UPA-1P fill loudspeakers.

Tucked between the I-15 freeway and downtown Las Vegas, Smith Center for the Performing Arts is the centerpiece of a new cultural district that also includes Symphony Park, Discovery Children’s Museum and the Keep Memory Alive Event Center. The Smith Center’s distinctive architecture pays tribute to the art deco design of nearby Hoover Dam.