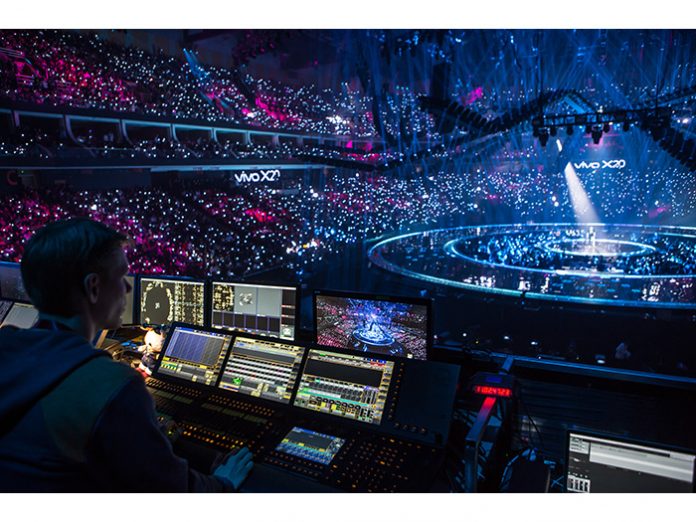 The TimeCore is a timecode toolbox. it is a compact device that can perform all tasks related to timecode. It can generate, follow, convert and display timecode supporting SMPTE, MTC and Art-Net timecode. It can convert between any of these protocols as well as converting between different frame rates. The TimeCore has an impressive show controller where it can even handle a number of non-timecode protocols including sACN, Art-Net, OSC, UDP, TCP and HTTP, as well as MIDI, MMC, MSC, RTP-MIDI.

Light Image reported back on the spectacular project in Guangzhou: Our team of video creatives has been counting down to 2018 in Guangzhou working on this massive television production in China for hundreds of millions viewers – making it one of the most watched broadcasts world-wide.

Specifier and programmer for the TimeCore was Jeroen van der Velden. He was delighted to share his experience of using the TimeCore in this project: “The Timecore allowed us to create one solid timecode infrastructure to all media servers and MA2 consoles controlling video. During rehearsals, we could simply switch timecode to all those slaves between the external main LTC timecode source, and the multiple MacBooks on our own network running audio software with rehearsal-files. This made our programming and rehearsal time way more efficient, and made the timecode infrastructure simple and solid. It’s amazing to have a classic LTC and MTC interface combined with all ethernet protocols like Art-net Timecode, in one unit.”