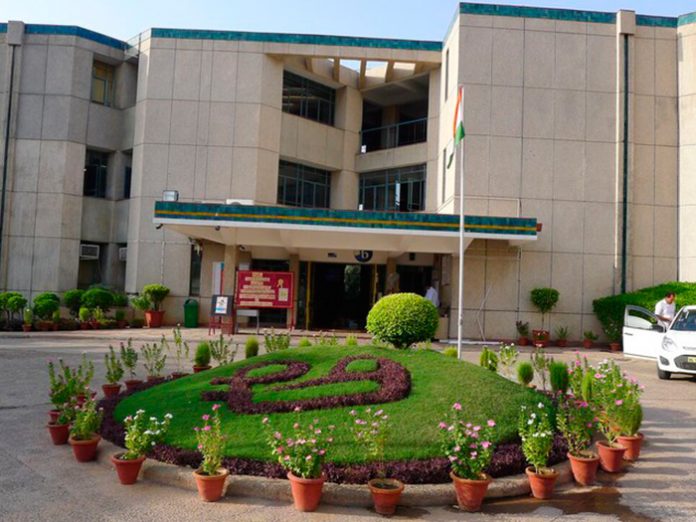 Tannoy and Lab.gruppen have worked together to provide a sound reinforcement solution for the newly-redesigned auditorium at the Shri Ram School in Gurgaon, Delhi. The private school needed to update its system, which was installed around a decade ago. The installation, which was handled by system integration specialist AV Science and Technologies, encompassed a complete new audio visual system. One of India’s leading A/V design and installation specialists, the 15-year old company provides a scalable service covering all aspects of a project from receipt of the initial client brief, encompassing project design, system supply, installation, integration and maintenance.

Mr Malik contacted Tannoy and Lab.gruppen to specify a system for the project. “We have worked together on many projects,” he explained. “So when it came to executing a solution for a school which has a very high reputation, I could think only of involving these brands. It was extremely important we proposed the best and delivered when it came to their expectations and requirements. We carried out an initial site survey with them, and they put together a solution which included Tannoy speakers and Lab.gruppen amplifiers. Furthermore, we did some EASE simulations and presented our solution to the school management. Fortunately, they decided to go with what we were proposing, and finally we bagged the project and installed the complete system within a week.

“The applications and support manager for Tannoy and Lab.gruppen, Binny Sharma added: “The problem wasn’t so much with the acoustics of the room, but the fact that the old system was out-dated.

‘The auditorium is used for multipurpose activities such as day-to-day lectures and dramas, and the sound system was giving them some problems as it didn’t have good intelligibility. Secondly, they had a problem with uniformity of coverage. The sound wasn’t the same at the front as at the back. There was an additional challenge here because the room is used in several different configurations. The stage can expand for certain applications, and the seating on the ground floor level isn’t fixed, so the new sound system needed to cater for the different scenarios the hall can offer.”

Binny worked out a system design using EASE acoustic simulation software. ‘The school’s annual function was due to happen in a month and they needed a complete revamp of their audio and video systems in that time,” he continued. “So we did some demos they were convinced by the parameters that we showed them and decided to go ahead with us.”

The system is driven by a combination of Lab.gruppen C48:4, C16:4, C28:4 and IPD1200 amplifiers, and system control is via two Tannoy VNET SC1 digital system controllers. A control room, supplied by AV Science and Technologies with a Soundcraft XL7ii 32-channel mixer and a Lexicon MX300 effects processor, has also been installed with two Tannoy DVS 4t speakers powered by a Lab.gruppen E4:2 amp, and two further DVS 4ts have been installed into a green room. The company also provided beyerdynamic Opus 669 and Opus 654 handheld and lapel / headworn radio mic systems, plus a selection of beyerdynamic wired microphones. Video equipment including a Christie DWU600-G projector, Extron switchers, transmitters, receivers and distribution units and Kramer VGA with audio and HDMI plate was also supplied by AV Science and Technologies.

Binny was in attendance during the school’s three-day annual event to ensure the new system functioned smoothly. “This is one of the most prestigious events they have during their school year, and is a mixed programme encompassing lectures, drama and an annual meeting,” he said. “Previously the school had rented in sound systems, so they were very happy that the new system was able to perform so well and stand up to all the different requirements of this inaugural event.”