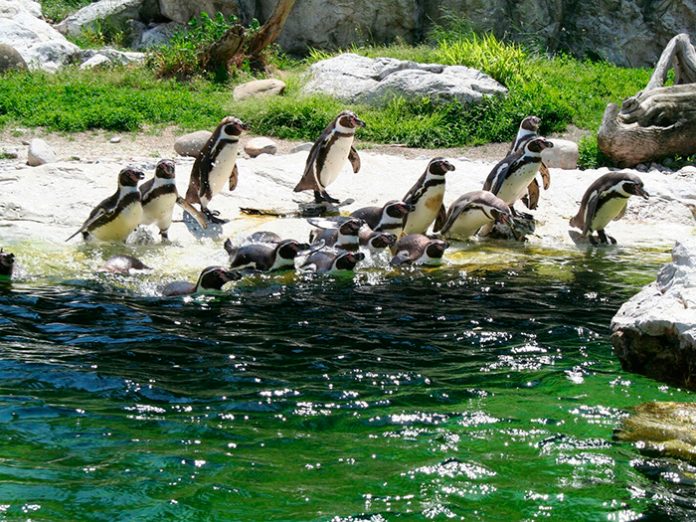 Zoological Society of London (ZSL) London Zoo opened its doors to the public in 1847 and has famously been home to some of the world’s best known animals including Guy the Gorilla, and a certain bear named Winnie – the inspiration for A. A. Milne’s endearing story of a bear who loved honey. Over the course of the last 12 months, four animal exhibits have had the skilful hand of Wimbledon-based RG Jones, improve the audio experience for the zoo’s 1.2million annual visitors. At the heart of these permanent installations are products from two well established and perfectly matched professional audio brands, each with a rich history of design innovation, advanced functionality, and consistent sound quality: Tannoy and Lab Gruppen.

RG Jones Sound Engineering Limited has been instrumental in a rolling program of integrated audio system upgrades at ZSL London Zoo over the course of the last four years, helping to create new exhibits as well as refurbishing more established ones. “The original systems were well used and had become tired, so the plan was to move towards more robust equipment with better audio quality and functionality. The type of installation that we offer is focused on the evolution of audio at ZSL,” says Miller. “Quality drives what we do, so we always ask the questions – can everybody hear the presentation? Can they hear it clearly? Is it intelligible? Usually we will start with the perfect solution, and then work with the Zoo to bring the project within budget.”

Providing speech playback for amphitheatre, are 10 Tannoy DI6 passive two-way surface mount loudspeakers with inductively coupled electromagnetic tweeters mounted on a single truss, and aimed for best audience coverage of the tiered seating. Powering these are four Lab Gruppen E8:2 amplifiers from the ultra-compact 1U rack height E series, a space-efficient solution with energy saving features such as the auto-switch off after 20 minutes of no signal, meaning that the amplifiers can be left on permanently to be activated when signal is present. Simple level controls for voice and music, together with a master volume, are practically the only user-accessible functions required to operate the audio system routinely and reliably the year round.

“This is one of the more versatile systems,” explains project engineer Jake Miller. “This is more flexible to cater for the range of shows they present here. Last summer they used it for Jungle Jukebox, which is a full-on theatrical puppet show involving four presenters but no system operator, so it all has to be auto-mixed and run on one master volume. We are controlling eight amplifier channels going out front, allowing us to individually EQ the speakers and modify their gain. As the audience area is quite shallow and we had a fixed position to site the truss, we found that precise aiming and gain shading was the best way of getting good coverage, focusing the sound on specific areas.

Tannoy DI Series speakers are used extensively throughout the Zoo, as much for their unobtrusiveness and long term reliability as for their IP64 weather resistant rating. “They’re out in all weathers, and require virtually no maintenance,” says Miller. “They sound great with minimal EQ adjustments. The small amount of EQ we have to use reflects this. At their price point they fit into the budgets, and while there’s a lot of boxes like this on the market we’ve found the Tannoys perform really well. The service backup from both Lab Gruppen and Tannoy has been outstanding, and any questions have been dealt with very quickly and efficiently”.

The DI6T model is equipped with an internal 100 volt line transformer with accessible tapping switch, which makes them more suitable for another exhibit at London Zoo with longer cable runs: the Bird Display Lawn.

Twelve Tannoy DI6T speakers, mounted on wooden posts and connected with steel wire armoured cabling run underground, cover the area. “Again, they’re wired to separate outputs on the Lab Gruppen E series amplifiers,” says Miller. “We have four zones in this system so that they can cue separate sound effects to different speakers”.

DSP amplifiers such as Lab Gruppen’s IPD series, introduced around the time of the new Chimpanzee enclosure at ZSL Whipsnade Zoo, have transformed RG Jones’ approach to the design of audio systems at ZSL London Zoo. “Do we need a DSP with 12 inputs and 8 outputs? – well no, not always, but we do need something that offers the right amount of input and output equalisation,” says Miller. “With the IPDs we can connect a radio mic via a preamp straight into the amplifier. “We use the input EQ in the amp for the microphone and the output EQ for the speakers – and it works. So when the presenters come along all they have to think about is ‘turn the mic on and off we go’. For the systems that are 100 volt line, we add some bespoke manufactured transformers to the output of the amplifier”.

The Rainforest Life exhibit features more of a distributed system covering the all-round canopy, where the Tannoy DI6 speakers are well hidden on the walls above the walkway but positioned right where the action is, and in sufficient numbers for good intelligibility. The presenter can freely move around with a radio mic to where the animals are, helped by the wireless aerials being housed in strategically placed plastic tubes.

At back of house there’s a custom RG Jones rack, housing a wireless receiver and a single IPD1200 amplifier. Miller describes the setup: “There is one channel of radio mic connected to a pre-amp going straight into an amplifier. We built a preset into the amp so if there’s a need for a reset, we can simply recall everything. The system is left on most of the time and it works efficiently.

The area was interesting to install as it was achieved with the animals in place. There would be a monkey running across the floor or perched just above my head so we had to be very sensitive. We work with the Keepers to make sure our work has no impact on the animals. We are very used to working with sensitive environments, so we are qualified and aware as to how to meet these requirements on site”.