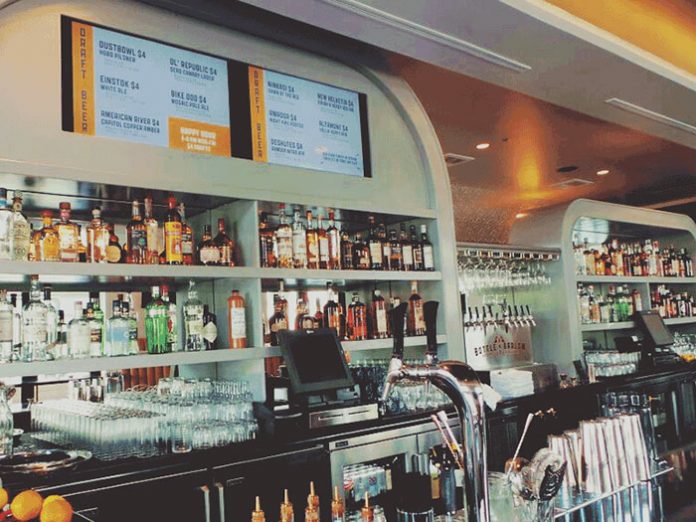 Combining a cocktail lounge with a barbershop, Bottle and Barlow in Sacramento, California, is a venue with strong innovative credentials. Complementing its arresting visual aesthetic is a similarly impressive audio spec, which at its heart features a Symetrix Zone Mix 761 solution for zone mixing and music management.

“This is their first venue and it’s a pretty cool concept,” agreed Chris Miller, owner of locally-based CTM Sound, which was enlisted to devise and install the AV system. “For the Sacramento venue, they wanted to be able to route and manage background music as well as audio for the multiple screens located throughout the premises. There also needed to be the ability to separate and combine audio in different spaces.”

Having utilised a Zone Mix 761 from Symetrix’ Integrator Series successfully in a number of other retail and bar / restaurant-style projects, Chris knew that it would provide the necessary feature-set and ease of operation for Bottle and Barlow. The single unit is deployed in conjunction with two low-cost Symetrix ARC-2e wall controls, giving staff easy control of parameters including volume and music source selection.

In addition, Chris has made use of Symetrix’ free ARC-WEB browser-based control interface on a wall-mounted Samsung tablet to provide another method of overseeing the system and switching between sources such as iTunes and Spotify. “Venue personnel can navigate to the DSP’s IP address on their smartphones via local WiFi to change settings without having to go back to the office or adjust one of the ARC-2es,” he said.

The Zone Mix 761 manages a total of eight zones throughout the venue, with the loudspeaker configuration based around 25-plus Electro-Voice EVID Series units. Amplification comes from a single Contractor Precision Series device, also manufactured by Electro-Voice.

“Fidelity was a really big priority for the owners, and this set-up delivers that in a straightforward and easy-to-use fashion,” continued Chris, adding that the project represents the latest instalment in a long-term association with Symetrix products. “I’ve been using their equipment for years. The Jupiter app-based DSPs, with their downloadable application-specific templates, and SymNet Solus open-architecture processors are just a few of the specific products we’ve deployed at venues including restaurants and conference rooms. For us, Symetrix means great reliability and features, plus the support we’ve received has always been first-rate,” he conlcuded.