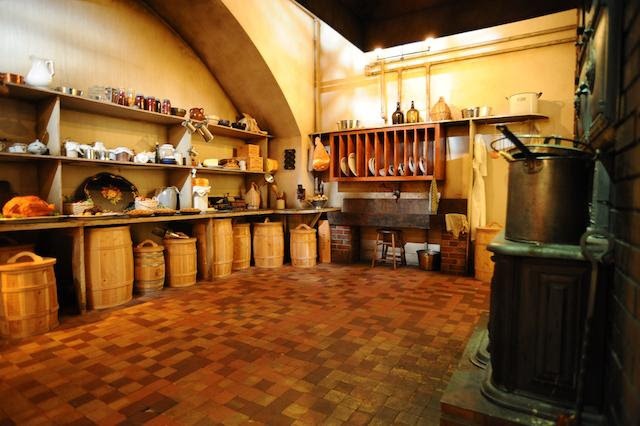 Just as Abraham Lincoln remains one of the most popular U.S. Presidents, the Abraham Lincoln Presidential Library and Museum (ALPLM) is one of America’s most popular presidential libraries. More than 300,000 visitors pass through its Gateway area each year to enjoy 40,000 sq ft of immersive exhibits, historical artifacts, interactive exhibits and dramatic performances. While only a few exhibit areas rely on spoken word, audio is everywhere, mostly music, sound effects and occasional museum-wide announcements.

After a dozen years, the museum’s analog audio system began to show its age and some pieces could no longer be serviced. After research and consultations with systems integrators Video Services of America in Chicago, ALPLM Systems Technical Director Sam Cooper opted for a Dante-enabled network managed by four Symetrix Prism 16×16 DSPs and a Symetrix Radius 12×8 EX DSP equipped with a Symetrix 4 Channel Analog Output Card. Music and effects are supplied by TASCAM DA-6400 64-channel digital recorders with Dante I/O cards connecting the recorders directly into the Dante network. An assortment of JBL Control-series ceiling and wall-mount loudspeakers deliver the audio, powered by Crown amplifiers.

Visitors buy their tickets at the Gateway but you won’t hear networked audio there because, observes Sam, “That would drive the front entry personnel nuts.” On entering the Plaza, though, guests begin an audio-intensive walking tour through the world of Honest Abe. “You might see and hear Lincoln giving a speech, or hear birds, bugs, chopping wood and music in the Plaza,” offers VSA Senior Sales Representative Greg Bayer. “The museum uses a vast array of synchronized sound effects and music and as you move between locations you transition to new sounds and music. There are speakers everywhere and getting the timing and flow right requires sophisticated control which is a strength of Symetrix DSPs.”

The exhibits are organised into two major ‘Journeys.’ Journey 1 presents the Railsplitter’s pre-Presidential years, while Journey 2 is about his presidency. “The cool thing about the Journeys is the 27 separate areas we call Scenes,” Sam details. “For example, Scene 1 is outside the log cabin and Scene 2 is inside the log cabin. As you wander through, the music changes from one scene to another-but at the doorways, the music is blended so you don’t notice that it changed. The composer wrote the music to keep the same feel throughout transition areas yet immerse you into the scene.”

This complex audio network covers the museum exhibit areas and the Plaza only, although plans are to extend coverage to the gift shop. It could eventually also cover the library, if desired. The two theaters, both still on the older analog audio system will also be added to the Symetrix network eventually. From the Plaza, you can enter ‘Journey 1,’ which uses 28 channels of audio, while ‘Journey 2’ has 56 input channels where every input is used, including XLR analog inputs. “The Plaza has its own music,” notes Sam. “The ‘Ask Mr. Lincoln’ exhibit has separate dialog. ‘Mrs. Lincoln’s Attic’ has its own music, as does the ‘Illinois Gallery’ which changes with each exhibit. We didn’t use much EQ but level control was very important and the Symetrix DSPs made a big difference there.”

In fact, says Sam, level setting was the most challenging part of programming the system. “We’d take it down 3 dB in one room, then realize that’s too much, so we’d adjust it again,” he recalls. “But because of that change, we’d have to go to the next room and make a little change. We spent a lot of time going back and forth and adjusting. We walked the Journeys with the VSA team over and over until we got it right-and they did a great job. Once we got the levels right, we generally haven’t had to change them.”

Symetrix’ products proved to be the right solution. “We chose Symetrix DSPs because they have the capabilities we need, including Dante while also fitting our budget,” reveals Sam. “They’re not hard to program in general but neither VSA nor I had done something quite like this before. In addition to level control in the Plaza, we wanted two Symetrix ARC-3 controllers, mounted inside our operator control panels that mirrored each other to control the Plaza system. We have four zones in one scene that use multiple audio streams, depending on section and those need to be controlled independently on a dedicated mixer in the DSP. Sometimes we mute individual scenes, which adds complexity. We have interactive exhibits on the network, each with audio. We also wanted the ability to expand the system. It was a lot to program. So VSA called Symetrix on the phone and the Symetrix people were great about explaining how to do what we wanted.”

Sam Cooper is thrilled with his new audio tools, and with life at the ALPLM. “I have a dream job, and I have a great staff that backs me up,” he enthuses. “We worked on all of this together and made a point of including the entire staff in the install as much as we possibly could. VSA did a great job making the system work the way we wanted it to. The Symetrix network has been bulletproof. I am very, very pleased.”