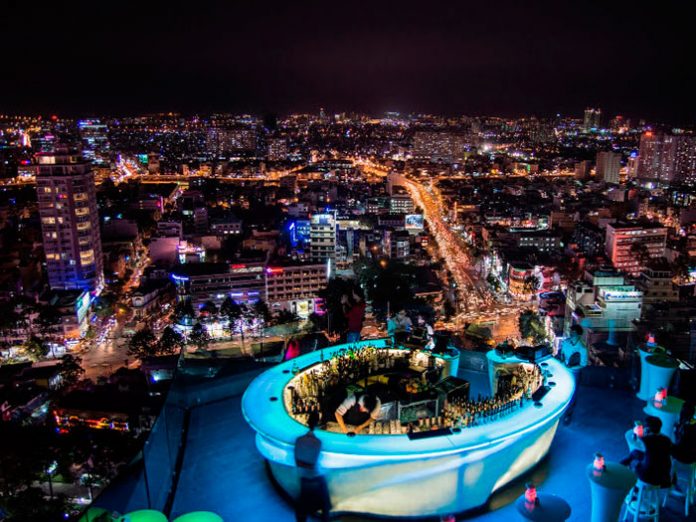 Vietnam has spent the last decade as one of the world’s fastest-growing economies. As its business and industrial sectors have expanded, so has its entertainment infrastructure, with past year witnessing the arrival of numerous superb new venues – among the more recent of which is the Chill Skybar overlooking Ho Chi Minh City.

Since opening its doors in 2011, the Chill Skybar has become one of the most popular leisure destinations in Vietnam’s largest city. But a persistent issue with noise spillage meant that its audio specification was ultimately deemed to be inadequate – hence the decision to enlist AV firm DesignLive Technologies to undertake an upgrade.

“The venue was very highly regarded, but there was a problem with the sound quality and noise bleed had resulted in complaints from neighbouring properties,” explained DesignLive Technologies Owner Phu Tran Pham. “Working with Dave Coxon from DJW Projects in Australia, we set about reworking the entire system, basing our design around smaller speakers on vibration mounts and having them fire inwards instead of outwards. Everything sits on a Dante network, and the key to making all this work is a pair of Symetrix SymNet Radius 12×8 open architecture Dante-scalable DSPs.”

Familiarity with the SymNet Radius 12×8 processors and their excellent reliability were among the factors that prompted their specification for the Chill Skybar project.

Joining the DSP units and four SymNet xOut 12 output expanders in this class-leading installation are amplifiers from Powersoft and loudspeakers drawn from the ranges of EAW and Australian Monitor. Background music, live DJ sets and more are relayed by the system throughout the venue, which can be used in separate indoor/outdoor configurations or as one large combined space.

“We love the functionality and reliability of Dante networking, and we are finding that the combination of Dante and Symetrix SymNet processors is a really strong one for us,” concluded Phu. “That certainly applies in the case of the Chill Skybar project, where the owners have offered exceptionally good feedback about the new set-up since the upgrade was completed.”