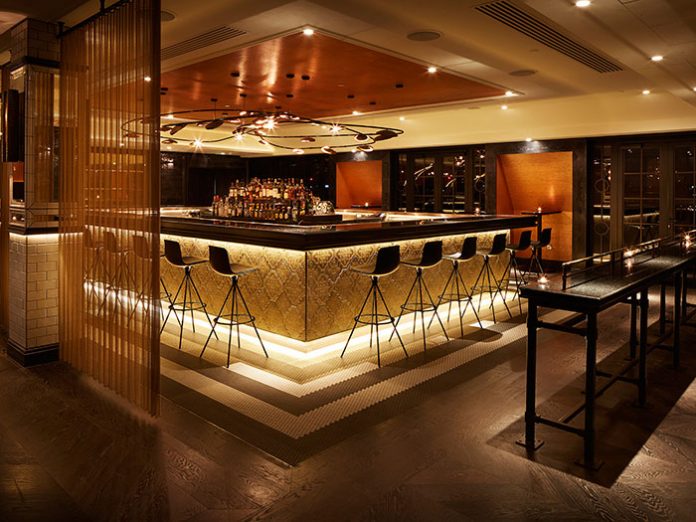 Featuring a 6.5-inch bass driver and a 0.8-inch dome tweeter, these circular recessed speakers have achieved wide adoption since their launch in view of their wide (150-inch) dispersion, high SPL and suitability for low-ceilinged venues. In two of the venues – Circus Bar & Restaurant in Covent Garden and Aqua Nueva at Oxford Circus – these have been retrofitted into an existing Martin Audio technical infrastructure as part of major revamps carried out by the London based installation company.

Circus was first fitted out by Sound Division with Martin Audio AQ architectural speakers back in early 2010. The latest phase sees the company bringing more control to the bar/restaurant areas – adding four C6.8T ceiling speakers in each zone, with a further three distributed in the rear bar lounge. Another C6.8T can be found under the atrium in the front dining area, while a recessed C4.8T relays music in the washrooms. Meanwhile, the main performance area continues to operate with the successful implementation of AQ8’s originally installed.

Circus Bar & Restaurant owner, Adam Davies confirmed: “We wanted to move to a more discreet speaker, create more zones and reduce the distance between each customer and the nearest speaker. We could then reduce the noise pollution to our neighbours without compromising the venue’s sound quality. Sound Division came up with the solution to do this.

“We are extremely happy with the result. The extra speakers perform remarkably well for ceiling speakers and the general sound quality for the whole venue has improved. We have eliminated any dead spots, not compromised our volume and kept our neighbours happy.”

Sound Division Managing Director David Graham added: “With their excellent clarity, Martin Audio C6.8T’s were the perfect solution for the venue’s problems. At the same time we redeployed the existing amplifiers (Martin Audio MA1.3s and MA900) and re-EQ’d the system in Soundweb.”

Several C6.8T and C8.1T ceiling speakers were installed in the dining rooms when the venue opened around five years ago and these have been reused and extended. A covered walkway now links the main central bar and Japanese Kyoto restaurant with the Spanish Nueva, where there are also two private dining rooms. The bar itself features 10 x Martin Audio C8.1T ceiling speakers and Sound Division has provided supplementary cabling should additional bass support be required in the bar.

The new Spanish dining room sees five Martin Audio C6.8T flush speakers (in custom matching finish with further C6.8T’s in each of the private dining rooms – along with the washrooms. At the same time Sound Division has upgraded the sound management system for both restaurants to a pair of networked Soundweb London BLU 100 DSP routers, containing the gain structure.

Hugh Wright, Communications Manager, Aqua Restaurant Group stated: “The discreet ceiling speaker in the restaurant perfectly meets our requirements for background music without intruding on the design aesthetic, while the intelligent reworking of the existing Martin Audio system ensures that we have a more powerful option for private events, and on DJ nights.”

Meanwhile the growing chain of Birley Sandwiches, recently took on a prestigious site in London’s historic financial district – on the piazza behind the commercial skyscraper, 20 Fenchurch Street.

Set on two floors overlooking the piazza, Sound Division were introduced to the project by shopfitters, Bastille, and duly installed a background music system on the ground floor sandwich bar and similar upstairs in the lounge bar. Once again David Graham’s company chose Martin Audio C6.8T – detailing four for the downstairs area and six for the floor above.

David Graham commented: “We have enjoyed considerable success, both with Martin Audio’s AQ series but particularly with this Ceiling series, which are easy to fit and provide smooth, articulate speech and punchy music. They have always proved popular with our London-based customers and their chic clientele.”