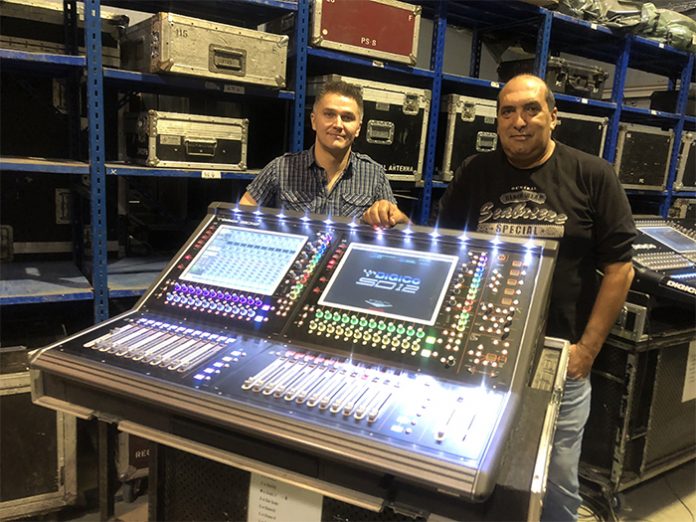 Israel’s largest sound and light company, Sincopa, has recently purchased DiGiCo SD12 and SD10 mixing consoles. Eran Perldik, Sincopa’s audio director, explained why: “Sincopa’s vision is to stay ahead in terms of both knowledge and technology, so that we can provide the best service for our customers.”

This is precisely why Sincopa is one of Israel’s most successful sound and light companies, with a client roster that includes the likes of Britney Spears, Guns ‘N’ Roses, Aerosmith, Radiohead, Tom Jones, Dire Straits Experience, Queen and Adam Lambert, The Rolling Stones, Elton John and many more.

When it comes to providing audio equipment to this ever-growing list of clientele, Sincopa is always striving to stay ahead of the curve, which is why it has invested heavily in DiGiCo.

This his has been paramount to the company’s success, as Eran explained. “DiGiGo has become an industry standard and the most wanted console in Israel, both for one-off shows and touring productions. Almost every production we supply demands DiGiCo,” he says. “We already had several DiGiCo consoles, including an SD7, two SD10s, an SD8 and two SD9s. They are the preference of our in-house techs and the fact that we can convert files and the fact that we can be flexible with the console size makes life easy.

“We’ve recently purchased a new SD10 and SD12 to answer growing demand and to provide consistency to our regular customers without having to outsource consoles. With five of the consoles equipped with Optocore, and five SD-Racks, it allows us to be able to answer almost every demand thrown our way.”

Even with this growing inventory of DiGiCo consoles, the team at Sincopa have barely seen their new SD10 and SD12.

“Both of the consoles have been out since the day they arrived,” said Eran. “This stands as testament to the demand for these particular consoles in the market right now – and that doesn’t look likely to change anytime soon.”