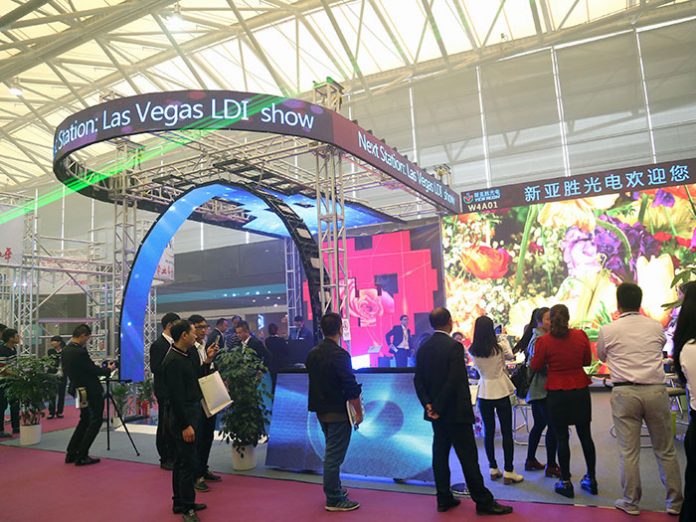 A strong line-up of key industry players have committed to the brand new Recording and Production Zone at this year’s Prolight + Sound Shanghai, which will be held in the new halls N1 to N3 at the Shanghai New International Expo Centre from 26th – 29th October 2016. To complement the new zone – a variety of seminars, live demonstrations and a sound studio will take place concurrently to deliver a well-rounded business platform for the burgeoning recording market segment.

Digital Media Technology Co Ltd (DMT) is one of the exhibitors from this new zone and will highlight a broad range of brands at the booth. Mr Ken Chang, Marketing Manager of the DMT finds the recording and production market very promising. Ken stated the following: “As recording and production products are one of DMT’s core businesses, we are hoping to connect with target customers from professional recording, audio and music production sectors at the Shanghai show, and to increase the exposure of Native Instruments in the Eastern Chinese market.”

Mr Mark Feng from Great Wall Audio / Musical Instrument Co Ltd also shared the same sentiment, commenting the following: “The recording market is progressively growing and we hope to meet up with more customers from this sector by joining the Recording and Production Zone. We will launch new products including audio interface, microphone and preamp at the show.”

Following the success of last year, the forum will return this October with more industry experts and professors. One of the speakers, Mr Andrew Levine, Head of the department music and word production of the VDT (German Sound Engineers Association) will explain the latest microphone technology and analogue-to-digital conversion in studio recording. The Recording Engineers Committee inauguration of the China Association of Recording Engineers will be held during the fair.

2016 International Sound Technology Forum for Film and TV Production. Co-organised with the Audio Professional Committee of the China Society of Motion Picture and Television Engineers (CSMPTE) and leading brands, the forum will address the technology and application of recording and production equipment for film and television.

Participants can create their own mixes and sound by using the latest recording products and technology from important brands in this product demonstration zone supported by Chinese online industry media Midifan.

The Recording and Production Zone is located at Hall N1 and is close to the Electronic Instruments Hall of Music China. It offers synergy effects and interactive movements of the related sectors.