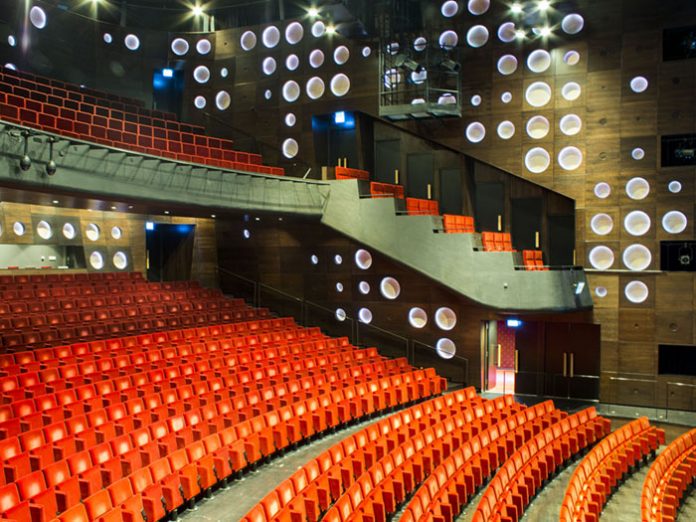 Live music, dance and performance are popular entertainment and pastimes in the Netherlands and the Wilminktheater & Muziekcentrum concert hall in Enschede are two fully spec’d and busy venues located just across the road from one another, hosting a diversity of live shows. They are run by an organisation combining private individuals and those working for the city.

Lighting specialist Paul de Vries has been involved since the facility opened 11 years ago … and so has most of the lighting kit, including some legacy Robe fixtures from the ColorSpot and Wash 575 series. Whilst still fully functional, the time came to freshen up and reinvest in new lighting to ensure the venues kept up with the latest technologies.

This has come with the 12 x Robe T1 Profiles which are replacing the older moving lights for use in both the theatre and the concert hall.

Paul was the one making the final decision on which fixtures to choose, and before this, to be absolutely sure he’d explored at all possibilities, he organised a shootout between six major brands including Robe.

Jeroen van Aalst from Robe’s Benelux distributor Controllux rocked up with the T1 and impressed Paul and his colleagues enough for them to choose this as … The One.

He liked the fact it was quiet – essential for many shows in the Concert Hall – and also that the units are small and lightweight, and the quality of the white colour mixing which is from the LED source.

Since the purchase, all 12 have been in action on several different shows – rock, orchestral, acoustic – and there has been virtually no ambient noise.

The T1s are also used extensively as front lighting and can effectively replace the previous static 2K front Profiles, where they are a smaller, lighter and hugely more flexible option. In a typical setup, they will rig four T1s as a front light and use the rest over-stage for a variety of different tasks and effects.

Around 400 shows are produced or hosted across the two venues across the 10-month season, from classical music to pop gigs in the 1800 standing / 900 seated capacity Muziekcentrum concert hall, and from drama to dance in the Wilminktheater which can accommodate 1000.

The T1s are proving an invaluable asset, and Paul and the crew are delighted with their choice.

“Robe has proved incredibly low maintenance over the years” commented Paul, who doesn’t recall ever having a problem with the 575s in 11 years, adding that their own rigorous maintenance standards probably also play a part in this fact.

These are applied across all performance spaces, which also include two music venues, both called Metropool, one conjoined and in the same building as the Wilminktheater in Enschede, and the other in Hengelo, around 20km away.

The T1s live in a set of very cool specially designed flight cases when not up in the rig, which allows quick and easy transportation between the venues.

They use grandMA for control.