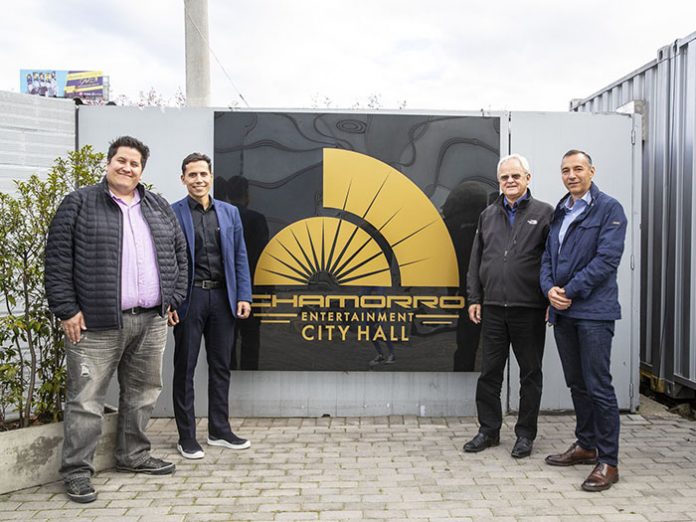 The Colombian entertainment technology and production industry is full of colourful personalities, and one of those is Andres Chamorro, entrepreneur event producer who has been an industry trailblazer for 25 years.

His very successful rental company is Chamorro Iluminación and his most recent ventures include opening two major live event venues – both called Chamorro City Hall – one in his hometown, the bustling metropolis of Bogota and another identical space in the vibrant commercial hub of second city Medellin.

Andres has invested in Robe moving lights to ensure that clients can receive the best and most comprehensive lighting packages when they are utilising these landmark venues which are unique in Colombia.

The 4,000 capacity Bogota Chamorro City Hall is located in the north of the city and it’s already been a huge hit; an open space offering a full production set up – staging, lighting, sound, video, rigging, etc – tailored to each client’s needs, be it a band, a corporate entity or a private individual.

He’d been considering the venue venture for around 10 years, and finally the time was right to go ahead. It is a totally unique concept in Colombia, and the premium specification includes full dressing and green room facilities; office spaces with complete IT infrastructure for production and event management; lots of space for parking and unloading trucks and other vehicles; good weight loadings in the roof and plenty of power, etc.

The City Hall venues are acoustically treated for noise containment as they are both in residential areas and artists can have identical technical production for two locations, so they can easily do double shows and now representing around 20% of the income from Andres’ various commercial ventures, they are a big hit with music promoters and event planners alike.

He originally started buying Robe products around five years ago when the Pointe was launched, and that was, in fact, the first time the brand made any substantial impact in Colombia. “When I originally saw Robe, it was at trade shows in the US and Europe and I immediately recognised the quality,” he explained. He also started seeing the evolution and the way that Robe was moving in terms of product development.

Many others in the industry will look at what he and his companies are doing and follow, and this was important for Robe’s growth in the country as he had around 500 competitor fixtures at the time he first noticed Robe, so it wasn’t like he was under pressure to change. When that time came, “it wasn’t price driven, it was because I wanted to offer my customers something different and more exciting” he said.

He followed up more recently with a purchase of Spiiders, and “the Chamorro effect” as it’s known has almost certainly had some influence; the last two years has seen a dramatic increase in business for Robe in this vibrant and emerging market. This trend has also been aided by the appointment of Bogota based AVcom Colombia as a distributor in 2016.

Andres likes the multi functionality of the most recent Robe products – BMFL, Pointe, Spiider, MegaPointe, and the fact you can do a lot with less actual fixtures, and because they are appropriate for so many different sectors.

Their Robe fixtures are used extensively in the TV work they service including high profile shows like the Nickelodeon Awards which have been staged for the last two years in the Bogota City Hall. “All the big shows and productions love using Robe” he stated.

He also noticed that lighting designers and directors were always happy to accept Robe when it was offered. Chamorro Illuminacion is involved in TV and corporate work plus a lot of music events and the company’s distinctive yellow livery on trucks, flightcases and T-shirts can be regularly spotted working hard all over Colombia.