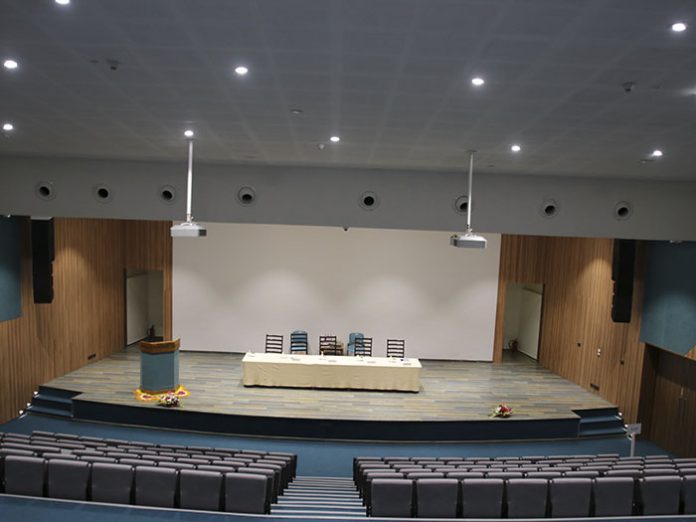 The National Institute of Design (NID) is internationally acclaimed as one of the foremost multi-disciplinary institutions in the field of design education and research. Listed as one of the top 25 European and Asian programmes in the world by The Business Week, USA; NID has been a pioneer in industrial design education and is known for its pursuit of design excellence to make ‘Designed in India, Made for the World’ a reality. NID functions as an autonomous body under the Department of Industrial Policy and Promotion, Ministry of Commerce and Industry, Government of India. The institute has been declared ‘Institution of National Importance’ by the Act of Parliament, by virtue of the National Institute of Design Act 2014 and is recognised by the Dept. of Scientific and Industrial Research (DSIR) under Ministry of Science and Technology, Government of India, as a scientific and industrial design research organisation.

The iconic institute’s division in Ahmedabad in Gujarat is widely regarded as one of the most revered educational campuses in the country, boasting facilities and infrastructure that promotes world-class tutoring and training in curriculum and beyond. Among the plethora of facilities at the campus, a definite attraction is the plush auditorium space, which plays host to a variety of activities including but not limited to workshops, training sessions, guest lectures, debates/discussions, drama and theatrics, musical events, and more. Designed by a team of highly skilled architects, with key emphasis on comfort, the auditorium sports ample isle space with luscious seating and designated backstage areas for technical control and artist/performance preparations in addition to being integrated with world class technology which makes it adept to capably reinforce any kind of performance under the sun – musical, theatrical and dance.

“We have fitted this auditorium with the latest lighting and sound equipment. This way, there is better acoustics and better visual appeal, and thus gives the institute a world class structure to explore artistic facets such as theatrics, music and more,” said a member of the management and a key individual in charge of this development.

Rajesh Sadarangani Director of Rivera International said, “the K & F Sequenza 5 is characterised by simple handling, small size and a subtle visual appearance – three of the most crucial pre-requisites that the management at NID put forth during our initial discussions about the project and their idea of the perfect sound system. The Sequenza 5’s fast and secure rigging system named ‘Snap & Fly +’, together with the ‘SafeLock’ system saves time and effort with maximum security; while the fact that the system can be pre-bent on the ground and the units automatically engage at start-up ensures that you get crystal clear sound and maximum performance every single time. Needless to say – all concerned members of the management at NID are extremely pleased with the quality of sound and the performance of the system. It’s been an honour and a privilege for our team to have had the opportunity of being a part of such a wonderful project.”

In addition to the impressive audio system, Team Rivera International have also integrated a state-of-the-art video projection mapping system at the NID auditorium, which employs the use of a pair of the highly praised VPL-FHZ60 laser projectors from Sony, processed through the revolutionary G-602 edge blending processor from Geo-Box and controlled through the VS481B 4-Port HDMI Switch from Aten. This cutting-edge projection mapping system, together with the awe-inspiring audio system, forms the heart of every audio-visual performance/presentation to grace the stage at NID.

The venue management share their comment about the avant-garde AV system saying, “Thanks to the wonderful sound system we have here, we’re able to host any kind of performance event. The system sounds absolutely fantastic. And the icing on the cake is the ever-impressive projection mapping system – which acts as the perfect complement to the audio – both of which together create a truly immersive experience. We must commend Rajesh and his team at Rivera International for a job well done!”